It is critical to understand medication for bipolar depression.

Why is treating bipolar depression so important?

As the chart shows, people with bipolar disorder typically spend much more time suffering from episodes of bipolar depression.

Episodes of bipolar mania are relatively rare for many people.

Study the chart on bipolar symptoms (below right) carefully.

This chart explains many misunderstandings about bipolar symptoms.

There are two misconceptions that must be clarified:

These mood stabilizing bipolar drugs tend to be used for long term maintenance in order to prevent mood swings, or at least reduce the frequency, duration and severity of episodes of mania or depression.

So far this group of bipolar drugs for BOTH mania AND depression includes only:

In July 2013 there was a big step forward when Latuda was also approved by the FDA as a bipolar depression medication as Latuda has much milder side effects than Seroquel, and is now also considered a first-line agent in treating bipolar depression.

Individuals all respond differently so it is not possible to make any definitive statement.

In general, well regarded bipolar depression medications that will usually be effective against depressive bipolar symptoms and whose use is supported by good clinical evidence include:

4. Antidepressants – Fluoxetine (Prozac), paroxetine (Paxil), sertraline (Zoloft), and bupropion (Wellbutrin) are examples of antidepressants that may be prescribed to treat symptoms of bipolar depression.

“The first-line pharmacological treatment for bipolar depression is the initiation of either lithium or lamotrigine (Lamictal). Antidepressant monotherapy is not recommended.

As an alternative, especially for more severely ill patients, some clinicians will initiate simultaneous treatment with lithium and an antidepressant.”

2. According to The Expert Consensus Guidelines:

“A combination of medication and psychotherapy is recommended for bipolar depression. The doctor may also use medication alone at first, especially if the person has severe or psychotic depression and finds it hard to participate in therapy.

Milder depression can usually be treated with lamotrigine or lithium alone. Combination treatment with lithium plus an antidepressant or lamotrigine may be needed for more severe depression.

For psychotic depression, an atypical anti-psychotic is usually combined with an antidepressant, lithium, or lamotrigine. Antidepressants should always be given with a mood stabilizing agent in bipolar disorder to avoid triggering a manic episode and should be avoided if possible in rapid cycling patients.” 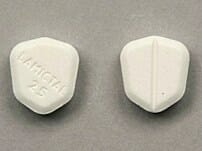 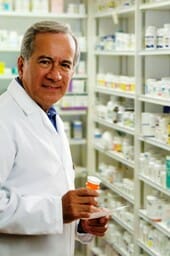 In summary, medication for bipolar depression comes in several types of bipolar drugs that to a greater or lesser extent target the depressive pole of bipolar symptoms.

The key point is that these conventional antidepressants should not be used to treat bipolar depression unless used in combination with a med that is a mood stabilizer or an anti-manic agent.

This is because antidepressants on their own can cause a switch into the manic state.

Atypical Anti-psychotics:
These are second generation anti-psychotics with different (and supposedly more benign) side effects than the original anti-psychotic medications. Some, such as Geodon are anti-manics, while others, such as Seroquel and Latuda have an antidepressant effect.

Some atypical anti-psychotics such as Zyprexa are approved as maintenance treatments for bipolar disorder.

NOT ALL BIPOLAR DRUGS ARE PROVEN TO BE AN EFFECTIVE MEDICATION FOR BIPOLAR DEPRESSION.

Bipolar patients are more likely to suffer from depressive symptoms than manic or hypomanic symptoms.  Therefore, pharmacologic treatment of bipolar depression is of great interest to many bipolar patients.

For a patient who presents with acute bipolar depression (who is not currently taking an anti-manic medication) this general guideline would be deemed an appropriate treatment algorithm6.

However, it is strongly recommended that you work with your own doctor to develop a treatment plan tailored to your specific needs, which may differ from this generalized strategy.