Seroquel medication is also known by the generic name quetiapine.

Many bipolar medications are known by more than one name.

The generic name is the chemical name without any brand marketing attached. So, “quetiapine” refers to the actual chemical drug – a fumaric acid salt which affects the human brain neurotransmitters serotonin and dopamine.

However “Seroquel” is the brand name used by the manufacturer Astra Zeneca, who hold the drug’s patent.

There is also another version known as Ketipinor made by Orion Pharma. 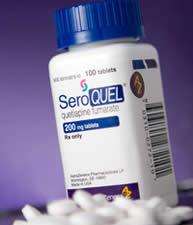 So what is Seroquel?

It is an atypical anti-psychotic originally developed to treat schizophrenia – not bipolar disorder.

Does it matter if Seroquel medication was not originally intended as a treatment for bipolar disorder?

Well, yes and no! The distinction between categorizing a drug as an “anti-psychotic” as opposed to a “mood stabilizer” can be a very fine line.

Some authoritative sources, for example, the Mayo Clinic, dance around this distinction with statements such as:

“Quetiapine is used to treat nervous, emotional, and mental conditions.”

According to Dr Jim Phelps, try Seroquel when:

“1.Depression and agitation are both severe. 2. Severe sleep problems. 3. Anxiety is a significant symptom. 4. No family history of diabetes.”

Unlike almost all of the other bipolar medications, this one lends itself to abuse as a recreational drug.

3 (misuse and abuse of Seroquel)

Because of its calming and extreme sedative effects, quetiapine is actually a common choice for drug abuse. 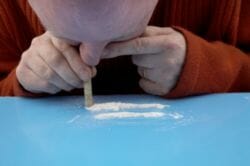 For example, it is frequently snorted, crushed, or taken via IV, and sometimes it is blended with cocaine.

Recreational users, especially those in the prison system, have found that it is commonly prescribed as a sedative. It is popular with administrators because of its “controlling” properties such as reducing agitation. This makes it far more easily attainable than drugs that are categorized as controlled substances.

Side effects of Seroquel medication

Yes, there are the usual suspects:

However, Seroquel is particularly notorious for causing a lot of weight gain and increasing the amount of sugar in the bloodstream.

4 (weight gain with Seroquel use)

It may also increase cholesterol and fats in the blood. 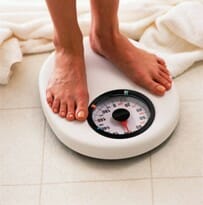 According to “Defective Drugs”:

“In 2004, four medical societies named Seroquel as one of six anti-psychotic drugs that promote diabetes, obesity or high cholesterol.

Additionally, doctors prescribing Seroquel should screen patients carefully for a history of obesity and diabetes in the patient and family, as well as the patient’s weight, blood pressure, and cholesterol levels.

Seroquel manufacturers AstraZeneca have been requested by US regulators to include warnings about the risk of elevated blood sugar and diabetes.”

However, Seroquel monotherapy is effective for bipolar I or II major depression, based upon multiple meta-analyses of randomized trials that compared quetiapine with placebo.

Therefore, although Seroquel is not a “classic” mood stabilizer, its positive effects in bipolar depression cannot be overlooked – and many providers use it as a first-line therapy for bipolar major depression in patients not already taking an anti-manic drug.

Some folks get great results from Seroquel, but it is critically important to ask your doctor for a thorough explanation of all risks and benefits if they suggest Seroquel as a medication to help treat your bipolar disorder.

Quetiapine is a dibenzothiazepine “atypical antipsychotic.” The proposed mechanism that this drug’s antipsychotic activity is mediated through is a combination of dopamine type 2 (D2) and serotonin type 2 (5-HT2) antagonism.

Seroquel can cause potentially severe adverse effects, including the development of metabolic syndrome.

However, it’s efficacy in the treatment of bipolar major depression has been confirmed by a myriad of powerful meta-analyses of randomized controlled trials.

Certainly, the decision to initiate Seroquel in the treatment of bipolar disorder must be a joint discussion between provider and patient, weighing the risks and benefits of the drug.