What is treatment resistant bipolar disorder?

There is no consensus among mental health clinicians/researchers on one definition of treatment resistance. In general, patients in an acute state (manic, depressed, mixed) who have symptoms that do not improve after at least 2 “evidence-based” medication trials are considered treatment-resistant in many research studies.

Treatment resistant bipolar disorder is of no fault to the patient, and may not be an indication of severe or “untreatable” disease – it may be that they simply are not being treated adequately or with the right medicine.  This can be debilitating.

Combining multiple agents is the most commonly used clinical strategy for treatment resistant bipolar patients DESPITE a relative lack of data supporting this strategy (except for acute mania: lithium or valproate + a second generation antipsychotic is a treatment combination with strong evidence).

Unfortunately for patients and providers, there are not many strong, evidence-based treatment algorithms for such patients.

Treatment resistant bipolar disorder is particularly difficult to manage, as those with a bipolar disorder require management strategies that impact on both the manic/hypomanic and depressive aspects of the disease, and there is a large number of medication options (i.e., mood stabilizer, antidepressant, antipsychotic drugs, etc.).

It is difficult to standardize their use—particularly when many are prescribed in combination and effective dosages may vary widely from patient to patient.

An important study from 2017 attempted to discover what factors may be associated with treatment resistant bipolar disorder.

They discovered that treatment resistant patients were more likely to be:

This may be consistent with the kindling theory of bipolar disorder whereby episodes become more serious and more frequent without effective treatment.

A good overview I have found is from Molecular Psychiatry on Treatment Resistance in Bipolar Disorder.

There are many factors that make the issue more complicated.

The three main sources of confusion are:

1. What stage of the illness the patient is at. It is now well-established that some medications work best for treating mania but different medications are better for treating bipolar depression, and still others are best suited for ongoing maintenance. So, is a patient being labeled as treatment resistant if they are receiving the wrong medications for their particular phase of the disease?

It is NOT unusual to try a few meds before finding your best bipolar treatment.

3. What role does misdiagnosis pay? If I don’t respond to my bipolar medication, perhaps it is because I am not actually bipolar. Instead of asking, “Why doesn’t this work?”, should I be asking, “Am I bipolar?”

This is assuming that they truly suffer from bipolar disorder; and often more complicated and even invasive treatment techniques can be necessary.  But, let’s appreciate how frustrating this is for the patient.

They must endure several COMBINATIONS of different drugs, each of which may take 6-8 weeks to reach a “steady state” level in the central nervous system.  For some, this can be tortuous, especially as each medication and each medication combination carries with it its own side effect profile.

What looks like treatment resistant bipolar disorder can arise when we try to treat the wrong phase of the illness.

For example, for severe bipolar depression, lithium or Lamictal plus an antidepressant should be considered. Alternatives are quetiapine (Seroquel) or a olanzapine/fluoxetine combination (i.e Symbyax).

However, in acute mania when traditional mood stabilizers are inadequate, an atypical antipsychotic with strong anti-manic properties such as risperidone (Risperdal), aripiprazole (Abilify), or ziprasidone (Geodon).

For maintenance, where lithium or Depakote are ineffective, olanzapine (brand name Zyprexa) can be tried.

What do psychiatrists usually try in the face of treatment resistant bipolar disorder? The main “fall-back” positions in severe bipolar mania are:

1. Combining traditional mood stabilizers such as lithium and valproate with the newer atypical anti-psychotics.

2. Continuing the antipsychotic and switching lithium to valproate or vice versa.

3. Switch to a different antipsychotic and add lithium or valproate (whichever was best tolerated in the previous trials).

4. Continue lithium or valproate and switch to yet another antipsychotic.

5. At this point, discontinuation of medication and initiation of ECT can be considered.

For treatment resistant bipolar depression, the STEP-BD trial is the only strong randomized controlled trial that attempted to distinguish which treatments are beneficial.

They used patients who were prescribed established mood stabilizers and at least 1 antidepressant and added lamotrigine, inositol, or risperidone.  They found no significant between-group differences in depression response with any of the treatments.

It is also worth reading about emerging treatment alternatives, such as Mexiletine in treatment-resistant bipolar disorder.

Other alternative forms of treatment in treatment resistant bipolar that have shown promising effects include:

This is a loaded question. There are many reasons why people are not medication compliant, even if medications have evidence to support them as effectively.

It is not unusual for people with poor medication compliance to think that “nothing works” and view themselves as having treatment resistant bipolar disorder. This is often a result of debilitating medication side effects.

These patients may not fit into the classic understanding of what treatment resistant bipolar is, but that does not take away from the fact that they are struggling and need treatment.

It is very important for both the patient and the provider to distinguish non-compliance due to intolerability of medication side effects with treatment resistance in bipolar disorder.  This will help inform future treatment decisions that should be made as a team. 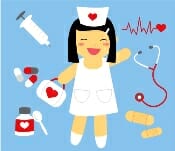 5. Educate patient and families about the role of medication and the dangers of “kindling”.

6. Encourage psychotherapy as well as medication.

Misdiagnosis – Am I bipolar?

As previously mentioned, seemingly “treatment resistant” bipolar disorder may in fact be misdiagnosed.

Researchers in Rhode Island discovered that many patients diagnosed as bipolar actually had borderline personality disorder. In fact, it appears to be becoming one of the most common misdiagnosis traps.

How to tell? Bipolar disorder is episodic, whereas borderline personality is a more pervasive and constant state.

After beginning treatment, “Am I Bipolar?” may answer itself in that if mood stabilizers make you “better” (remove bipolar symptoms), then it is probably the underlying condition.

If you are unable to tolerate the side effects of the medication but felt some positive results, a different mood stabilizer should be utilized.

Certainly, we can be sure that there are patients out there who will not respond or be able to tolerate any of the currently available bipolar medications.

This notion begs the question, “Should researchers and drug manufacturers be working to develop more novel medications or alternative treatments?” I believe that they absolutely should.

There are a multitude of different variables that can contribute to these entities including, but not limited to: severity of disease, appropriate diagnosis and understanding of the particular disease phase, appropriate use of medications and alternative treatments, and often horrendous medication side effect profiles.

Providers are limited by the data that is available (which is often sub-optimal) and the available established medications or alternative treatment modalities (which, again, are often lacking).

Patients are limited by their provider’s limitations and the side effects of these medicines.

It is important for providers to remain empathetic to their patient’s situation and help push research forward to elucidate novel treatments for bipolar patients.