Words. We use them to communicate everything from our thoughts, feelings and actions to conveying our wants and needs.

However as necessary and helpful words are, they can also hurt. Sometimes the damage a single word can do will last a lifetime.

This is especially true when discussing bipolar disorder or any other form of mental illness.

In an era where everyone strives to be “politically correct” are we losing our ability to communicate? If you have bipolar disorder are you allowed to use certain words that might seem offensive or do you have to follow the latest P.C. trend?

In 2016, The Ohio State University published a study in The Journal of Counseling and Development. It was one of the first to research how words affected people when they were discussing those diagnosed with a mental illness.1

The purpose of the study was to measure tolerance towards people that have a mood disorder. Researchers used two phrases, with slightly different wording.

Not surprisingly, study participants had less sympathy when the first phrase was used. The second phrase however, elicited tolerance and sympathy.

Co-author and a professor of Educational Studies at OSU, Darcy Haag Granello stated,

“The findings suggest that language choice should not be viewed just as an issue of political correctness. This isn’t just about saying the right thing for appearances. The language we use has real effects on our levels of tolerance for people with mental illness.”

Todd Gibbs, co-author of the study and graduate student at OSU, was quoted,

“Person-first language is a way to honor the personhood of an individual by separating their identity from any disability or diagnosis he or she might have.”

Basically, what they learned was that using “first person language” helped to define the person and not the mental illness. When you are discussing a person it is easier to identify with them, regardless of their health conditions.

Bipolar? Do You Have To Watch Your Words?

A debate is currently going on. Is it okay for someone that has been diagnosed with a mood disorder to use any word they like or should they add extra pressure on themselves to ensure that they are always “politically correct”?

The responses are almost equally divided. Some people think that since it is a condition they have; they can discuss it any way they want. Others believe that it is up to everyone to “set the right example”. As with any debate there is more than one answer.2

Remember, every situation is different.

If you are managing a blog or a website, sometimes you must use different phrasing to avoid being flagged for duplicate content. Sometimes, it might offend someone. This is why comments from readers are so important.

Let the writer know that their words hurt. Tell them why and provide examples of alternative wording. Just like a simple phrase can hurt, words can also help improve everyone’s understanding of bipolar disorder.

Another example, is if you have bipolar disorder. Should you say, “I feel crazy”? For some, the answer is a strong “no”, while others believe you should be able to discuss your moods and feelings without worrying about being “politically correct”.

After all, if you feel mania or depression setting in, do you really want to take the time to search for the right words? For many people, it is easier to just blurt out their feelings. Chances are, if a bipolar episode is “coming on” who cares about being politically correct?

This usually only applies to those diagnosed with a mood disorder. It is important to remember this if you are lucky enough to be physically and mentally healthy. If you are, you’ll never be able to understand what it is like and your words can definitely hurt.

These Words Should Not Be Used 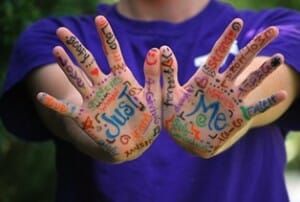 Some words obviously should not be used when discussing anyone with a mood disorder, while others might seem innocent. It can be hard to tell the difference, whether you have been diagnosed with bipolar disorder or are simply referring to someone else.

Want you should use instead,

These are only a few examples.

Another list of potentially harmful words was complied by the American Psychiatric Association (APA). Published in the Huffington Post, it is hopeful that is will be a “guide” for anyone discussing bipolar disorder and other mental health issues.3

A few of the other words you might want to avoid using, according to the APA are,

What mental health advocates and professionals hope people will use in place of these potentially harmful and hurtful words are,

This might seem trite to someone that has not been diagnosed with bipolar disorder but for those that live and thrive with it every day, words really do matter.

Is It Bipolar or a Mood Disorder? 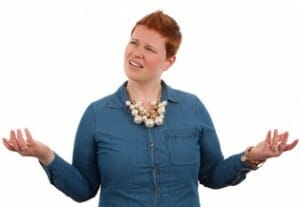 There is one phrase that many people can’t agree on. Have you been diagnosed with bipolar disorder or should you say a mood disorder?4

Some may ask, “what’s the difference”? Both phrases state the same thing. However, the meaning can be taken differently. Often depending on who you are.

Some people with a diagnosis of bipolar disorder prefer the term “mood disorder”, while others are ambivalent. Those that do have a preference have strong reasons why.

The main one being that “bipolar” often has a negative connotation. It is often associated with mania, which some people simply don’t understand. Sometimes, saying a “person is bipolar” can be taken to mean that they are “crazy” or you never know what type of mood they’ll be in.

However, “mood disorder” is a more general term. It could mean anything and its generality tends to help separate the person from their diagnosis.

It might seem trivial or even silly to some to put this much thought into how to refer to your mental health diagnosis. However, if you have a mood disorder it probably makes perfect sense.

After all, you want people to “see” you as the person you are and not be defined by a label. 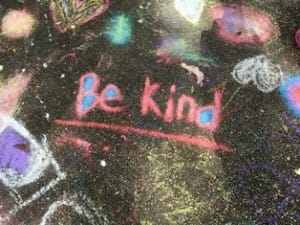 There is no denying words are important. Whether you speak them or sign them.

The right words can bring peace, happiness and even a feeling of acceptance. The wrong ones can leave emotional scars that stay for life.

How do you know which words to use and those to avoid? It’s not easy and what is or isn’t politically correct seems to be constantly changing. Even the meaning behind certain words changes, adding to the confusion.

Most people are conscientious. They do not want to say anything hurtful and feel terrible if they do. Unfortunately, there will always be “those people” that just seem not to care, but should they have control over the words we use?

It is a question that is difficult to answer.

What we all need to do is follow the old adage, “think before you speak”. Take a second to think about how your words will sound. Will they be hurtful? Just this simple step can be the way to finally remove the stigma that still surrounds mental health disorders, and bring a little more compassion and understanding to everyone’s life.