Most suicides can be prevented. The statistics on Bipolar suicides are very distressing so I want to give you the good news up front. Please keep in mind two things:

1. Dramatic reductions in, both suicide attempts and completions, is one of the most striking impacts of lithium and other effective mood stabilizers

2. Interventions DO WORK and there is nothing inevitable about Bipolar suicide, even in the most depressed or at risk individual.

Stress is often an IMPORTANT SUICIDE PREDICTOR. This is crucial to understand, given the role of stress in the causes of Bipolar Disorder.

Never doubt the risk of Bipolar suicide. Many studies indicate a 15% rate of suicide amongst individuals with Bipolar Disorder. This rate is about 30 times higher than than that of the general population.1

The rate of suicides amongst Bipolar people is even higher than that for people who suffer from Schizophrenia.

More recent studies, however, have been finding lower rates. There are two reasons for this. The first reason is that now studies tend to take in a wider range of Bipolar people, from various backgrounds and treatment histories, whereas earlier studies focused on patients who were already hospitalized. The second reason is the increase in the use of lithium and other medications that effectively treat Bipolar symptoms.

The absolute most conservative figure suggested for patients diagnosed today is AT LEAST a 5% lifetime suicide risk. This is a fabulous improvement and a great testament to the power of lithium for treating Bipolar, but it is a rate that is still too high.

Lithium has a good track record of alleviating symptoms, which ultimately  prevents Bipolar suicides. It is also the preferred medication due to patients experiencing less weight gain while on the medication.

One way to keep an accurate picture in your mind of the danger is to know that a suicide attempt is made each minute of every day.

Different studies come up with different statistics. This 2005 symposium presents a good overview of some of the issues: Bipolar Disorder is a potentially fatal disease. 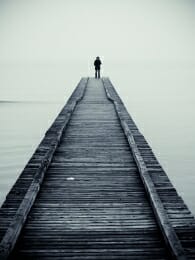 Some popular misconceptions are especially harmful and contribute to these high rates for Bipolar self injury.

In particular, please remember THESE ARE ALL MYTHS:

Myth 1: people who talk about suicide won’t really do it. Reality: Most suicidal people give clues and display warning signs first.

Myth 2: If a person decides to commit suicide, nothing is going to stop them. Reality: What most of these people are seeking is relief from their suffering. They can be diverted from death if other options are presented convincingly.

Myth 3: Suicidal people are unwilling to help themselves or to seek help. Reality: One study found that 70% of those who completed their suicide had been in touch with a doctor within the previous month, and nearly 50% within the week before their death. Each year 6%-10% of suicides actually occur within hospitals.

Myth 4: Talking about suicide may give someone the idea. Reality: If you are worried about someone, asking them directly if they are considering self-harm, and talking about it openly, is the most helpful thing to do.

Caring for loved ones

What do you do if you are afraid that a loved one may harm themselves?

This is often a particular concern in relation to Bipolar kids. 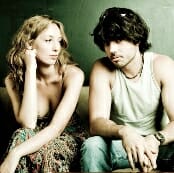 2. Talk to them directly and candidly about suicide and don’t be afraid to ask them if they are considering harming themselves.

3. Involve other people such as their therapist, psychiatrist or emergency services.

4. Urge treatment with lithium in preference to other mood stabilizers as lithium is the strongest protective medication against suicide.

5. If the threat seems urgent or immediate, consider taking the person’s car keys, cash and credit cards until the crisis has passed.

Write out the Suicide Hotline number and keep it in your wallet or purse and taped somewhere prominent at home:

It is critical to take your medication. Lithium decreases the likelihood of suicide by a rate of more than 7 times.

In August 2007, researchers in Melbourne, Australia announced dramatic success with a 12 week program that halved Bipolar relapses. (Read more here.) This is significant in relation to Bipolar suicides, because rapid cycling, or recent onset of either a depressive or manic episode, are two of the strongest acute risk factors for Bipolar suicide.

Therefore anything that prevents cycling or onset of episodes will also prevent suicide.

Full details are not available from the initial press releases – what we do know is that this is a groundbreaking behavioral treatment. The new program is the first course in the world to halve participants’ depressive episodes and cut manic relapses completely.

The key to the program is recognizing the early warning signs, for example, sleep disturbance, which is a classic trigger of and a warning sign for mania.

Once those signs are picked up, medication may be increased and a reduction in stress is crucial. This may involve small but significant stress reducers like asking your partner to look after your pets, letting your boss know you need some time off, or setting aside some additional time for self-care. Even such seemingly trivial stressors are cumulative and must be controlled.

One way we can all adopt these strategies right now is through the use of a Bipolar Mood Chart.

A Bipolar mood chart is a simple, patient driven tool that requires only a few minutes a day to complete. However, mood charts are extremely powerful and effective.

Bipolar mood charts provide a visual image of how important pieces of information such as mood, medication, and life events all fit together.

Recent research has overturned much of the conventional wisdom about risk factors for Bipolar suicides.

Traditionally it was believed that suicidal ideation, suicide attempts, and feelings of hopelessness were THE MAIN PREDICTORS. More recent studies paint a different picture.2

In a way this is good news as many of the acute risk factors for Bipolar suicide are very treatable:

2. Recent onset of mania or depression.

9. Loss of pleasure in normally pleasurable events like eating, and socializing or sex.

Many studies indicate a 15% rate of suicide amongst individuals with Bipolar Disorder.

2. Children in the home; sense of responsibility to family.

8. Access and adherence to care, with a positive therapeutic relationship.

In the US general population (not just among Bipolar people), women are 3 times more likely than men to attempt suicide. However, nearly 4 times more men than women actually kill themselves indicating that the methods used by men are more lethal and tragically result in a completed suicide.

The difference is that in Bipolar suicides, there is no clear predomination of male completions. In fact, the Bipolar male suicide rate seems to be slightly lower than for women.

To everything there is a season

There are seasonal patterns for Bipolar suicides. Deaths hit a peak in late spring/early summer.

I’m not worried about what’s going to happen when I’m thirty, because I am never going to make it to thirty. You know what life is like after thirty – I don’t want that. – KURT COBAIN (1967-1994)

I don’t like standing near the edge of a platform when an express train is passing through. I like to stand right back and if possible get a pillar between me and the train. I don’t like to stand by the side of a ship and look down into the water. A second’s action would end everything. A few drops of desperation. – WINSTON CHURCHILL (1874-1965)

[E]very seventeen minutes in America, someone commits suicide . . . Mostly, I have been impressed by how little value our society puts on saving the lives of those who are in such despair as to want to end them. It is a societal illusion that suicide is rare. It is not. – KAY REDFIELD JAMISON (1946- ) (From her book “Night Falls Fast”)

If you liked these quotes, check out our page of Quotes on Bipolar, and keep scrolling!

Suicide is a tragic consequence of Bipolar Disorder and is especially devastating because it is also highly preventable. One of the confounding aspects of Bipolar Disorder is that during a manic episode, people enter into a state of believing they don’t need treatment, they don’t need their medications, and that they are perfectly fine without any of these interventions. This occurs not only due to the grandiosity that is typical of a manic state, but also the gross disconnection from reality. Sadly, this places the person in a danger zone as far as suicide risk and this is where the person’s psychiatrist, therapist, and/or loved ones must step in immediately. In these cases, to prevent a tragedy, it’s best to have the person admitted.

Suicide does, of course, occur during depressive episodes, but it is also believed that in a manic state, the person is at high risk. Despite the grandiose, on-top-of-the-world feelings experienced, the person is also highly agitated, frustrated, and confused. They often describe that they wish they could escape from their own body because the mania is so difficult to endure. It is said that during periods of depression, people often do not have the energy to plan a suicide, but a manic state can provide a tipping point where the individual has the excessive energy, lack of mental clarity/grasp on reality, and sufficient lack of inhibition to go through with an attempt to take their own life.