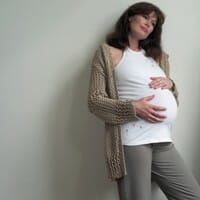 Playing with fire? How to stay safe!

Bipolar pregnancy is a tricky time, but you CAN manage. Risk of bipolar relapse increases. Medication can be dangerous. Get the facts NOW!

According to Bipolar Disorder for Dummies, (which incidentally is an excellent book, and is definitely NOT for dummies), there are 3 main challenges involved in bipolar and pregnancy:

1. MEDICATION:
There is a painful cost/benefit analysis that has to be done – many bipolar medications are dangerous for the fetus, but a mom going off her medication MUST have a back-up plan. Often physicians will attempt to transition to the safest single-drug regimen possible.

2. RELAPSE:
Both pregnancy and the aftermath, known as postpartum, are high risk times for mood instability and cycling, even in women with no bipolar history. For women who have been ill in the past, rates of relapse into bipolar mania and psychosis are estimated at 50% to 75%, respectively.

3. STRESS MANAGEMENT:
Even the most common of stressors with a new baby, such as lack of sleep, can catapult a bipolar woman into mania. Again, a treatment plan for your bipolar pregnancy is a MUST.

In a hurry? This summary on Bipolar Pregnancy gives a quick and authoritative overview of key issues in bipolar pregnancy. It comes from The Black Dog Institute – a leading health organization specializing in bipolar research and support.

Or see NAMI’s Managing Bipolar and Pregnancy (NAMI is the National Alliance on Mental Illness, and is the nation’s largest grassroots mental health organization.)

Pregnancy with bipolar disorder requires planning and a lot of self-knowledge and insight.

What is a treatment plan? It is a plan for the whole nine months of pregnancy, usually divided up by weeks. This plan attempts to cover everything that may come up during the pregnancy, based on what we know about bipolar pregnancy.

The treatment plan involves not just the mother, but also any significant other, or other family and friends who will be involved. It needs to be prepared in consultation with all relevant medical experts who help manage your bipolar, such as psychiatrist, obstetrician, and family doctor.

Some treatments for bipolar such as the various forms of talk therapy pose no danger to the fetus, so one aspect of the plan could be to
increase the level of support through psychotherapy.

If work is stressful then planning time off could be in the plan as pregnancy itself is stressful and can be enough to trigger an episode.

The plan should start with some detective work into family history as this is a strong indicator of possible postpartum depression or psychosis. If these risks are strong the medication strategy will probably be affected.

Based on everything we know about bipolar and pregnancy, the plan should be detailed and specific, so there is a definite strategy planned for each week – for example resuming lithium in week 9 if there are signs of relapse.

The issues for pregnant women using lithium to treat bipolar are mainly about timing:

2. THE FIRST 3 MONTHS (1st trimester): There is a risk, which today most experts believe to be quite low, to the fetus if lithium is taken in the first 3 months of pregnancy. The main risk, which seems to occur in about 1 in 2000 births, is of heart and blood vessel defects.

3. FROM 3 – 9 MONTHS: Restarting lithium after the first trimester appears to be safe for the fetus, in general. However, various (sometimes conflicting) studies have linked lithium use in the 2nd and 3rd trimester to Cardiomegaly, Gastrointestinal bleeding, Goiter and hypothyroidism, Hepatomegaly, Nephrogenic diabetes insipidus, Polyhydramnios, Premature labor, and Shock after birth.

Opinions, even amongst experts, about bipolar pregnancy vary. Goodwin and Jamison suggest that the risk to the baby from a manic or postpartum psychotic mother is probably higher than the risks associated with use of lithium during pregnancy, especially for women whose history suggests a high risk of relapse when off lithium for even a few months.

Other medications during pregnancy

A good starting point is the FDA’s Current Categories for Drug Use in Pregnancy.

The categories are copied below, along with details on some drugs relevant to bipolar and pregnancy.

A – Adequate, well-controlled studies in pregnant women have not shown an increased risk of fetal abnormalities.

CLASS C includes SSRIs such as Prozac, Zoloft, Celexa, and Lexapro. Also contains Abilify, Effexor, Cymbalta, Tegretol, Trileptal, Paxil, Klonopin, Neurontin, and Lamictal.
—————————————————————–
D – Studies, adequate well-controlled or observational, in pregnant women have demonstrated a risk to the fetus. However, the benefits of therapy may outweigh the potential risk.

CLASS D includes Depakote and lithium, as well as Valium and Xanax.

I am not one of those people who believe that having bipolar disorder disqualifies someone from being a parent!

Of course, NOTHING to do with bipolar disorder and pregnancy is going to be as easy as simply looking up drugs on a chart!

Experts such as Goodwin and Jamison warn: “These categories can be quite misleading because they are, by and large, based on data available at the time of the drug’s initial approval.”

In other words, the FDA categories use old, sometimes outdated data. To accurately decide on the risks for medication in bipolar disorder and pregnancy you need more up to date information.

For example, according to the latest evidence, lithium should now be moved to the safer C category, and Tegretol downgraded to a D. Also, as explained
earlier, when lithium is taken is significant – the risk decreases after the first trimester.

All I can say is that if you want to be even reasonably informed about the risks involved for medication in bipolar and pregnancy, YOU MUST see a physician who is an expert in this area and consult an up to date and authoritative text book such as Frederick K. Goodwin & Kay Redfield Jamison Manic-Depressive Illness: Bipolar Disorders and Recurrent Depression, (2nd ed), Oxford University Press, 2007.

For a great overview of postpartum depression, see Taking Care of Both of You: Understanding Mood Changes After the Birth of Your Baby. This is comprehensive but easy to read information from DBSA – the Depression and Bipolar Support Alliance.

The postpartum period is a time for greatly increased risk of relapse, or even onset of more severe bipolar episodes–most commonly, major depression.

FAMILY HISTORY is very important! One study of bipolar women found that those with a family history of postpartum psychosis were MORE THAN 6 TIMES MORE LIKELY to have a postpartum episode than those without such a family history. Doing some research into your family history should be an important part of making your treatment plan because this is a scary statistic that will obviously impact decisions such as whether or not to stay on medication.

This clustering of postpartum problems in bipolar families is an interesting aspect of bipolar pregnancy that highlights the need for you to DO SOME DETECTIVE WORK – it will be worth it.

There is some evidence of estrogen also being possibly beneficial, but the evidence is contradictory and more research needs to be done.

As oral contraceptives contain estrogen and progesterone, Dr Burgess suggests that women with bipolar disorder consider alternatives such as condoms, IUDs or diaphragms.

As you can see, the challenges in bipolar and pregnancy begin BEFORE conception, and require women to talk to their doctors and plan.

Should bipolar people have babies? 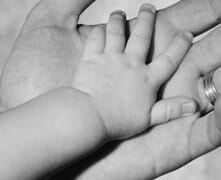 How is that for a provocative headline? However, many people honestly believe that bipolar people should not conceive in the first place. Are you one of them? Either way, you should read on . . . .

I first started thinking about bipolar and pregnancy when I read an unforgettable passage in Kay Redfield Jamison’s wonderful book, An Unquiet Mind.

Dr Jamison is brutally insulted by an LA physician who starkly tells her “You shouldn’t have children. You have manic-depressive illness.”

Dr Jamison, who to put it mildly, is a lot better informed about bipolar disorder than this physician, tells him to go to hell and walks out of his surgery. (She also breaks down sobbing and shaking in her car afterwards, and feels utterly humiliated by the whole encounter.)

Dr Jamison’s perspective, which I share, is that she has lead, on balance, a wonderful life, despite the sometimes horrors of bipolar disorder. She feels grateful for being born and cannot imagine not wanting to pass the gift of life on to someone else. My sentiments exactly!

Bipolar and pregnancy is a controversial topic on which I have heard people with and without bipolar themselves argue passionately.

Bipolar men and women should not be dissuaded from any desire to have children. However, there are issues to be well-educated about, particularly for pregnant bipolar women as hormonal and fetal components of the process need particular attention to ensure the safety of all parties.

Optimal control of bipolar symptoms and reducing potential risk to the baby are the keys to a healthy bipolar pregnancy.

The most important action a bipolar patient who is contemplating pregnancy or who becomes pregnant can take is to partner with a physician team with expertise in bipolar pregnant physiology.

Inviting open communication between both the mental health and obstetric treatment teams will make the pregnancy as healthy and seamless an endeavor as possible.