What bipolar treatments are most effective and right for you?

Treatments for mood disorders such as bipolar are constantly evolving, but not all are equally effective against bipolar symptoms.

1 We will look at 6 main categories of treatment: 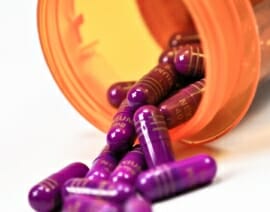 It is important to understand that Bipolar Type 2 (Bipolar II) treatment may need to be different to treatment for Type 1 (Bipolar I).

In Bipolar Type 2, treatment may focus more on depression rather than mania because mood swings into mania are less common and less extreme.

Expert diagnosis by an experienced psychiatrist is critical not only to determine whether you actually do have bipolar disorder but also your type of bipolar, and the best bipolar treatment for YOU.

Lithium is still the classic bipolar treatment but it is no longer our only option.

The most established medication for treating bipolar is lithium.

One drawback to lithium is that although it works very well to treat mania and prevent suicide, it is not as useful in combating bipolar symptoms of depression.

The combination of lithium and Lamictal is becoming a popular approach as the two medications complement each other – Lamictal is mainly effective for bipolar depression, and lithium of bipolar mania.

3 (relapse reduced with lithium plus lamictal)

Anti-convulsant medications, such as valproate (Depakote) also can have mood-stabilizing effects. Depakote has been shown to be useful for otherwise hard to treat mania, and was approved in 1995 by the FDA for treating mania.

The drug quetiapine (Seroquel) is the only single agent approved by the FDA for the treatment of the spectrum of bipolar symptoms – both bipolar depression AND bipolar mania.

4 (less relapse in bipolar I with quetiapine than lithium)

Seroquel is an atypical anti-psychotic. Side effects can include pronounced sedation and weight gain. This in turn can contribute to non-compliance as many people find these side effects difficult to tolerate.

The right bipolar treatment will reduce the number and severity of episodes of both depression and mania. Don’t settle for less!

The use of antidepressants such as SSRIs like Prozac and Lexapro are increasingly discredited for treating bipolar as both ineffective, and dangerous because these antidepressants can trigger mania.

What happens to people when bipolar medications do not work? Learn about treatment resistant bipolar disorder.

After trying several talk therapies as bipolar treatments, the approach I personally found to be most effective for my own bipolar symptoms focused on identifying the stressors and triggers of my manic and depressive episodes.

Stress is a major trigger of bipolar illness so this approach makes a lot of sense. I learned important information about bipolar as it applies to me personally.

I can identify the common or typical triggers of episodes, as well as my own personal triggers. Now I have developed strategies for dealing with stress, and identifying the start of an episode so it did not get a chance to escalate into serious depression or mania.

5 (self-help strategies in bipolar) I especially recommend resolving any issues around bipolar sleep, and keeping your own bipolar mood chart.

ECT was introduced in the 1930s. Due to the sledge hammer nature of early ECT therapy, and the dramatic movie portrayals in films, ECT frightens many people and has come to be regarded as a treatment of last resort.

However, today ECT is more refined and is regaining popularity.

ECT treatment is especially useful where:

3. A patient is having serious episodes but medication is too risky, e.g. pregnant women.

Today the risk of memory problems has been significantly reduced with modern ECT techniques. However, it can be an expensive treatment and often is required on an on-going basis.

Diet and nutrition are increasingly being recognized as effective treatments for bipolar and depression. Discover powerful strategies and the optimal bipolar diet for mood stabilization and weight management.

This includes descriptions of ten therapies such as Cognitive Behavior Therapy (CBT), Interpersonal and Social Rhythm Therapy (IPSRT), Functional Training and so forth, as well as personal information on my favorite bipolar disorder management tools, and what has WORKED for me.

Alternative or new treatments for bipolar include:

TMS is the use of strong magnetic pulses to induce weak electric currents n highly targeted segments of brain tissue. Unlike in ECT, there is no need for an anesthetic, and the patient remains awake and alert.

Also, unlike ECT, the magnetic pulses are not strong enough to induce seizures, and there is no memory loss.

3. Art and other creative/expressive therapies.

Read this page a few times. Take it slow.

It is easy to get confused about bipolar treatment options, especially with the recent flood of information about bipolar disorder.

1. What type of bipolar disorder you have, and

2. What phase of the illness you are in.

Treatment for the maintenance phase of bipolar disorder may be different, yet again.

These are not the only factors that lead to treatment variations. The picture is further complicated by how well you respond to the different options.

Other compounding factors may be:

1. The presence of another co-morbid condition such as anxiety or panic attacks or substance abuse.

3. Your own insight into your illness and how much personal responsibility you will take for staying well.

The treatment of Bipolar Type 2 can be controversial.

Many experts can tell you all about the differences between Bipolar 1 and Bipolar 2, but are silent on whether there should be different bipolar treatment options for different types of bipolar disorder.

The big difference with Bipolar Type 2 is that in this form of the illness, you experience hypomania as opposed to mania.

Further, because of the much milder hypomania, people with Bipolar Type 2 do not experience any bipolar psychosis such as hallucinations or delusions.

However, even though the mania is much milder, to the point of being hypomania instead of “mania” as such, the episodes of Bipolar 2 depression are just as serious as depression with Bipolar Type 1.

So someone with Bipolar Type 2 needs bipolar treatment options that will be very effective in terms of dealing with depression, whereas managing mania is of less importance.

According to Dr. Gordon Parker, who holds a prestigious university chair in psychiatry and who specializes in bipolar disorder, in his book “Bipolar II Disorder: Modelling, Measuring and Managing”, there are two broad schools of thought on bipolar medication treatment options for Bipolar II:

1. The same basic approach with a focus on using mood stabilizers such as lithium, but augmenting with Lamictal because of its strong antidepressant properties.

2. A more radical difference between how the two types of bipolar disorder are treated, with SSRI drugs and other antidepressants being acceptable as the only medication for Bipolar Type 2, with NO need for a mood stabilizer or antipsychotic.

New treatments for bipolar also include innovative and specialized programs being developed at bipolar treatment centers.

Get the personal, one-on-one attention and support you deserve.

Discover the power of:

Click here to learn about some of the best bipolar treatment centers in the US.

It is important to take a bipolar test to confirm your diagnosis.

The specific treatment of choice for bipolar disorder depends on the patient’s treatment history, the side effects of treatment, what comorbid illnesses the patient has, what the patient prefers, and cost for the patient.

Electroconvulsive therapy (ECT) is a treatment modality for refractory cases of bipolar disorder.  Somewhat barbaric to watch, it provides a rapid response and is often utilized as the first treatment option in emergency situations that are life-threatening, such as active persistent suicidal behavior.

ECT is also a reasonable treatment option for those patients with bipolar major depression who are severely ill, yet do not respond to or are intolerant of three to five medication trials.