In addition to both disorders having quite a bit of overlap in symptoms (or at least it may seem this way to the lay observer), especially among adults, the wrong diagnosis may do more harm than good. It is vital to the understand the difference between both disorders!1 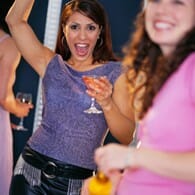 Some ADHD medications are very stimulating, AND can trigger mania and make Bipolar people worse!

And yes, just to further complicate things, there are many people who really do have both disorders.

The high energy of mania can look a lot like the hyperactivity of ADHD. Also, both conditions are characterized by impulsive behavior.

Bipolar Disorder is a mood disorder. Traditionally known as manic depression or manic depressive illness, bipolar is characterized by mood swings that range from highly elevated mood (mania) to deep lows
of depression. It develops equally in men and women, usually in late teens or in the 20s.

ADHD stands for Attention-deficit/hyperactivity disorder. It is a neurodevelopmental disorder occurring mostly among in male children who lag in developing impulse control and ability to sustain attention and concentration, among other symptoms.

Although there is much confusion and some clinical overlap, ADHD and Bipolar Disorder are very different conditions.

Unlike Bipolar Disorder, ADHD is classified as a neurodevelopmental disorder. It is often diagnosed in childhood; however, if it is diagnosed in adulthood, the individual must have met criteria for the disorder prior to age 12. ADHD often causes disruptive behaviors in childhood, along with academic difficulties, and social skills deficits.

Similarities between both disorders can be challenging to pinpoint and requires clinical evaluation because just as Bipolar Disorder and mania can be manifested differently, depending in the individual, the same concept applies to ADHD presentations.

The differences and similarities between ADHD and Bipolar Disorder really are complex and confusing!

However, in broad terms we can say that the following similarities may exist during a manic episode, as well as in ADHD .2

1. Restlessness:
This is the notorious “hyperactivity” of ADHD, but is also evident during manic episodes.. There is a lot of motor activity – a seeming inability to “sit still” and constantly fidgeting and touching objects among both groups.

2. Talkative:
Not only is there a constant stream of talk among people with ADHD or mania , but it may have little to do with what others present are talking about or are interested in, and may often be inappropriate, hurtful or poorly constructed “streams of consciousness.” Being talkative is definitely more severe among Bipolar people experiencing a manic episode, as the extent of hyperverbal speech can be severe. However, individuals with ADHD can also tend to become very talkative.

3. Impulsive:
Reckless behavior and poor judgment are common to both disorders. This impulsiveness may manifest in excessive spending, substance abuse, hyper-sexuality or dangerous driving – to name but a few. Among people with ADHD, impulsivity and reckless behavior can be less extreme, but is still often present. For example, people with ADHD often enjoy activities, hobbies, or sports that provide them an “adrenaline” rush and can be considered somewhat dangerous.

4. Irritability:
We often think of ADHD as being characterized by a low tolerance for frustration and displays of impatience. However, often the stereotype of the manic person is “the life and soul of the party” – up all night, dancing, talking and socializing. However, mania often takes the form of irritability, anger or even rage and this can look a lot like ADHD.

How can I recognize the ADHD Bipolar Disorder difference?

It is always a good idea to consult an expert, but here are some useful rules of thumb.

A person is more likely to have ADHD than be Bipolar Disorder if:

1. No matter how chronic or chaotic their behavior is, it is a constant pattern. Bipolar people CYCLE – it is the episodic nature of Bipolar Disorder that distinguishes it. Bipolar people can still demonstrate certain symptoms and characteristics in between episodes, but there is a clear distinction when episodes of mania, hypomania, and/or depression occur.

2. ADHD people may have trouble getting to sleep, but do eventually go to bed at night. Bipolar people in a manic episode may skip sleep completely, sleep very little or sleep at odd hours and still feel rested.

3. ADHD people tend not to experience the “highs” of Bipolar people such as extremely happy moods that are often described as “expansive” or “euphoric”.

With ADHD it is possible to have periods of “hyper-focus” and be ultra-productive, but this is different to the manic certainty of the Bipolar person believing they can achieve whatever pops into their head and placing an excessive focus on big projects or other activities, often working on these tasks for hours at a time.

4. They are consistently putting themselves down and tend to have low self esteem or a sense of impending failure or doom. Bipolar people may feel this when depressed but, unlike ADHD people, they also experience feelings of grandiosity – a belief they can accomplish anything and everything.

It is difficult to distinguish ADHD from bipolar disorder and consulting a qualified professional is by far the wisest course of action.

Understanding the ADHD Bipolar Disorder connection – Why does it matter?

Most ADHD medications are stimulants.

These medications can trigger mania in Bipolar people, making them worse.

This is a major reason for always carefully investigating the issue and becoming informed about Bipolar Disorder vs ADHD.

Ideally consult with a board certified psychiatrist who is familiar with the full range of medications AND with both Bipolar Disorder and ADHD.

Regardless of the label, there are non-drug based interventions that work equally well for both Bipolar and ADHD.

Natural supplements such as omega 3 fatty acids, folic acid and inositol all nourish the brain and will benefit both disorders with no dangerous side effects.

Another effective and natural remedy that may be effective for both disorders is a homeopathic, non-drug, natural form of lithium salts such as lithium orotate.

Creativity in bipolar and ADHD

Interestingly, Kurt Cobain and Courtney Love were both “Ritalin kids”. In an interview before he died, Kurt, who was Bipolar, claimed that being given Ritalin as a young child probably encouraged his drug use in later years. Or, as Courtney Love put it:

“When you’re a kid and you get this drug that makes you feel that feeling, where else are you going to turn when you’re an adult? It was euphoric when you were a child – isn’t that memory going to stick with you?”

There is a high coincidence of creativity and higher than typical degrees of talent amongst both Bipolar and ADHD people.

This is the upside to any ADHD Bipolar Disorder connection.

Discover more about the bipolar and creativity connection.

Regardless of whether an individual is Bipolar or ADHD, or both, that person will often show high creative aptitude. These gifts may help them to become happy and successful in life. However, if these same gifts are frustrated, stifled or inappropriately medicated, then the person may experience much unhappiness and even some serious mental and physical health risks.

My own life improved dramatically when I began to understand that there is a blessing as well as a curse in being a person who “thinks outside the box”. Today, leading Bipolar psychiatric experts such as Ronald Fieve MD are suggesting that some features of Bipolar are beneficial.

The similarities between Bipolar Disorder and ADHD are so striking that I have seen even experienced mental health professionals struggle with making a distinction; however, I would say that this is mostly the case when differentiating between Bipolar II Disorder and ADHD. When it comes to diagnosing Bipolar I Disorder, it is typically pretty clear cut, as manic episodes are so severe and debilitating to the affected person that there is no mistaking it for ADHD. Another important fact to keep in mind is that people with ADHD, both adults and children alike, have a greater likelihood of struggling with depression. This further contributes to the overlap between both disorders.

I feel that the greatest confusion between Bipolar Disorder and ADHD diagnoses in cases of Bipolar I is when the individual has not yet had a full manic episode. This often occurs in cases of childhood or adolescent onset Bipolar Disorder where the young person has not yet had a full manic episode, but there are clear signs that it is not ADHD the child is struggling with. Usually, these young people are diagnosed with ADHD, likely by age 6 or earlier and what’s worse, they are prescribed stimulants, which are highly contraindicated if the child does indeed have Bipolar Disorder. A telltale sign that the child/adolescent has Bipolar Disorder is the extent or severity of mood symptoms, such as anger, irritability, behavioral problems, impulsivity, and significant depression. These young people become highly emotional and it is very difficult for them to cope with stress or self-soothe. They tend to be rigid in their daily routines and don’t cope well with change. When these symptoms are evident, it is likely that ADHD is not the case.