Did you know that there is more than one type of bipolar disorder?

This is an important distinction, since it will determine your treatment plan, including the medications you take to manage your symptoms.

There are actually four sub-types of Bipolar Disorder, but the most common are Bipolar Type 1 and Bipolar Type 2. So, which one are you?

The episodes of depression are similar in both types of disorders. This can make getting the right diagnosis difficult, especially if your first doctor visit is during one of your lows.

However, mania is different between these two types.

If you are bipolar 1, your manic episodes will be more severe. Your behavior will be considered abnormal by friends and family. With bipolar 2, your hypomania will be less severe. There is no full-fledged mania in Bipolar II Disorder, only hypomania and depressive episodes. In Bipolar II Disorder, you might exhibit behaviors that aren’t typical, but your actions won’t be seen as abnormal.

Just because mania is less severe, doesn’t mean that it can’t still be destructive and potentially debilitating. It is just as important to be treated for bipolar disorder 2 as it is for type 1.

What is Bipolar Disorder Type One?

If you’re constantly cycling between the highs and lows, with little or no break in between, you might want to be tested for bipolar Cyclothymia. With Cyclothymia, you have to experience symptoms for at least 2 years and have many periods whereby you have hypomanic and depressive symptoms that do not meet full criteria for a hypomanic or depressive episodes. Think of this disorder as having some symptoms, but not enough to be considered Bipolar.

Some common symptoms of bipolar 1 mania are:

Symptoms of mania are often disruptive, and obvious to others when they appear. If left untreated, your behaviors could have a devastating effect on your life. It can even be severe enough that hospitalization is required.

What is Bipolar Type Two?

Your depression must last for at least two weeks, and while the symptoms may be the same as in bipolar 1 your hypomania is much more mild than the manic symptoms of Bipolar I.1

Some of the symptoms associated with hypomania include,

Even though your symptoms might not be as severe, and some people even claim that they’re helpful, it is still important to have and follow a treatment plan.

Bipolar 2 is diagnosed more often than type one. It is also more common in women, especially if there is already a history of mental health problems in the family. 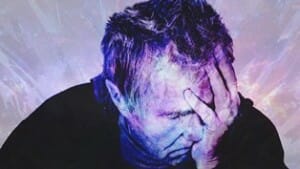 Depression in Bipolar 1 and 2

The signs of depression in both types of mood disorders are similar or often the same.2

Remember, symptoms of mania or hypomania must be present for a diagnosis of Bipolar Disorder.

The severity of the lows can also be the same, and this can make it difficult to get the right diagnosis initially.

A few common signs of bipolar 1 and 2 depression include,

Your depressive symptoms must be noticeable to others, and not caused by the use of drugs or alcohol.

If you’ve attempted suicide in the past or have suicidal thoughts, it is important that you tell someone. The lows can be crushing, and there is nothing to be ashamed of if you need additional help. 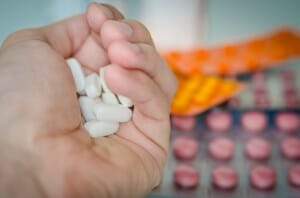 Even with their similarities, how the two bipolar disorders are treated and managed can be different. This is because what can help manage hypomania in type 2, could cause psychotic episodes if you have bipolar type 1.

Some of the medications commonly prescribed to treat either type of the mood disorder are,

As you can see, just like there are differences in bipolar 1 and bipolar 2 symptoms, the medications used to treat the disorders also varies. 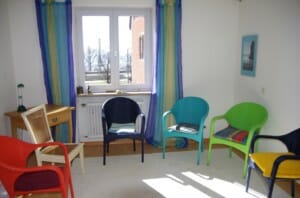 Medications are not the only tool you have. There are other methods that should be a part of your treatment plan, regardless of which type of the mood disorder you have.

Writing down your symptoms, especially during your highs will help. Just be sure to share it with your mental healthcare provider.

If your meds are not helping or are making your symptoms worse, it might be because you are being treated for the wrong type of bipolar disorder. Be open and honest with your psychiatrist, and together you can find a treatment plan that works.

There is a lot of symptom and behavioral overlap between Bipolar I and Bipolar II Disorder; however, the severe and disabling effects of the manic episodes that occur in Bipolar I Disorder are often a clear indication of the difference between the two. In Bipolar I Disorder, many people experience psychosis (i.e., delusions and/or hallucinations) during manic episodes. Psychosis can occur in Bipolar II Disorder, but it is far less common. Keep in mind that psychosis can occur during mania, hypomania, or depression. However, the severity of mania, especially mania with psychosis, provides a sort of red flag, indicating that the person does, indeed, have Bipolar I.

For individuals who fall ‘in between,’ where they meet criteria for a manic episode, but do not experience psychosis, the diagnostic process can become more complex, or, at least requires some more investigative work on the part of the clinician. The purpose of differentiating between types I and II is not to obsess over a diagnosis or a label, but more so to ensure the person is prescribed the right medication, provided the proper therapeutic treatments, and likely the most important: So the person has a good safety plan and coping skills in place to manage episodes. Knowing the in’s and out’s of the disorder, and which type you have, is critical so that you are fully informed and prepared.