In my personal experience, lying and Bipolar Disorder have always gone hand in hand. I grew up surrounded by what I call ‘Bipolar liars.’ My parents, grandparents, aunts, cousins, and sisters were plagued with a chronic problem with lying and I have told more than my own share of lies. 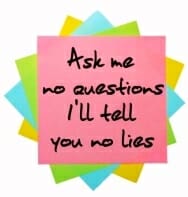 Can lying be a symptom of Bipolar Disorder?

Lying does not specifically appear in the criteria of Bipolar Disorder symptoms. Therefore, in the strict sense, it is not part of the clinical criteria.

However, many of us with the disorder, and those of us with loved ones who have struggled with Bipolar Disorder, have had life experiences that lead us to conclude there is a definite connection between Bipolar Disorder and lying.

Before we get into the reasons people with Bipolar Disorder tend to engage in what sometimes seems like a constant stream of lying, let’s start by clarifying that everybody lies! In fact, “everybody lies” is one of today’s pop culture mantras. It is the signature line of Dr. House on TV, and you can even buy a t-shirt with the saying, “Everybody lies”.

However, Bipolar Disorder and lying is a complex and nuanced issue and I hope you will keep reading to discover some of the factors that drive this apparent lack of honesty.

First, let’s quickly review why people (and I mean all people) are sometimes not entirely truthful. In general, folks lie because: 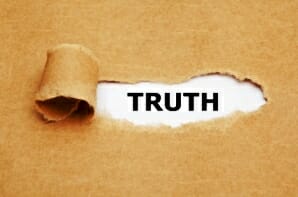 1. They feel guilt and/or shame.

2. They are afraid of the consequences of telling the truth.

3. They feel compelled to cast themselves in a more favorable light.

4. It is a “white lie” to make someone else feel better and has no malice attached to it.

5. They are manipulative sociopaths or narcissists who enjoy the power that comes from deliberately deceiving and making fools out of other people.

6. They are politicians or secret agents or parents or are in some other situation where it appears to them that the ends justify the means.

It is easy to see why at least the first three of these common reasons for lying may arise frequently in the life of someone with Bipolar Disorder. It may also help to learn about the general pathology of compulsive liars.

For someone with bipolar disorder there are, in my opinion, at least six additional factors linking bipolar and lying:

2. Memory lapses and other cognitive problems.

3. Manic symptoms such as grandiosity and impulsiveness.

6. Having a lot to cover up and hide. For us, maybe more than for other people, the truth really can hurt!

(An interesting portrayal of a compulsive liar with bipolar is Matt Damon as Mark Whitacre in the movie The Informant.)

Is bipolar and lying a perfect storm?

The symptoms of mania lead to a series of thoughts, feelings, and behaviors that create a predisposition for the affected person to telling lies. When several, or all, of these symptoms are combined, the likelihood of lying compounds and amplifies. Lying and mania share the same dark core. Wish fulfillment, selfishness, delusion, deceit, egomania, self-gratification, escapism – these are words often used to describe the psychic landscape of the liar and are strikingly similar to the experience of bipolar mania.1

In my opinion, Bipolar Disorder and lying go hand in hand with Bipolar grandiosity, diminished need for sleep, racing thoughts, and overall impulsivity and impaired judgment. The person with Bipolar Disorder may be experiencing a powerful sense of superiority and entitlement, and/or an unshakable conviction they are above the rules and/or an aching feeling of being misunderstood and under-appreciated – this is the perfect storm for lying!

During an episode, the normal self is temporarily replaced by someone who is convinced they are special and superior. He or she is now so wrapped up in themselves that they can only perceive other people and events through their own self-engrossment. Nothing has significance except for how it relates to their wonderful, perfect self – right here and right now. What are some examples of our society’s “special” or “superior” people? Think about royalty, celebrities, presidents, and third-world dictators. Often, we see such people acting as if they can play by a different set of rules. They are above the law. Bipolar liars may have such an inflated sense of self-importance that they feel suffocated and constrained by everyday life. “Great Ones” do not have to stick to drab and suffocating circumstances, especially if the truth stands in opposition to seemingly brilliant insights and moments of revelation (rather than the base and tawdry need for excitement that others may perceive).

Remember, when a person is grandiose, they don’t just believe they are special. It is a conviction of being “superior.” This means having more value than others and more importance than others. It is a hierarchical perception. The grandiose, Bipolar liar is not just the center of their own delusional universe – they are above others. This may mean also being above the usual norms of behavior. It is a special sense of immunity and entitlement.2

This is why it is so typical for Bipolar liars to not only express no remorse for lying (and other behaviors), but to act as if they are actually the injured party. In their delusional state, they experience any attempt to limit their behavior (for example, with being held responsible for telling the truth) as a malicious and unjustified act of control and domination. Any effort to reason with them will be perceived as manipulative, and ironically may even be perceived as selfish or cruel. They are a bright and shining star and any attempt to curb their manic behavior is a petty, jealous attack by mere mortals who resent true greatness.

So, in summary, people with Bipolar Disorder will tend to lie more than what is considered ‘typical’ or occasional lying that all people do. Constant lying, especially when in a manic state, occurs when the person believes they are special and superior to others. The person attempts to create a reality that supports this grandiosity and superiority, even if they have to lie to make up this imagined state.

Also, Bipolar liars may be expressing their heightened creativity through lies.

Sometimes the Bipolar liar is trying to communicate a profound emotional or psychic truth that cannot be expressed by sticking to the facts. In addition, people with Bipolar Disorder often lack self-awareness, especially when they are in a manic state, so they will naively make up lies and expect that their audience will believe them. The lies, in other words, are not plausible or believable, but they make perfect sense to the person with Bipolar Disorder.

Why bipolar lying is wrong

When we tell another person a lie we are behaving in a way that is controlling and contemptuous of that person. Telling someone a lie reduces the lied-to person from a subject to an object. That person cannot exercise their free will and personal judgment because they do not have all the facts. Rather, they become a prop for our playacting.3

Bipolar liars may not manipulate and attempt to control people out of malice, but mania can turn us into fantasists. And, as outlined above, there are many reasons Bipolar Disorder and lying is so tightly linked. The grandiosity, superiority, impulsivity, and loss of control experienced in a manic state contribute to the Bipolar liars’ attempts at controlling others and everything around them. Their goal is to create a new reality-a sort of alternative universe-that supports their delusional state. However, we have a duty when we are well to reflect on why we lie during mood episodes and to include strategies for avoiding lies in our Treatment Contracts and Wellness Plans.

Could the term ‘lying’ be a misnomer when it comes to describing the stories, thoughts, and ideas expressed by people with Bipolar Disorder, particularly when they are in a manic state? For the general population, lying is considered a purposeful action where a person is aware of the accuracy or truthfulness of a concept, but expresses this information to a listener/audience by altering the truth. However, when it comes to lies told by people with Bipolar Disorder, their awareness that they are lying and of the harm they are doing to others is limited or even nonexistent. Lying, therefore, takes on a different function and stems from very different intentions.

The lies told by people with Bipolar Disorder are different because they are often very identifiable (and naïve even) by the listener (typically family members and spouses). When working with this population, I have found that family members and spouses will almost always mention how their loved one engages in incessant lying and the lies are often outlandish, sometimes ‘insulting the intelligence’ of the listener. It’s important for spouses/family members to keep in mind that their loved one is not intentionally trying to manipulate and deceive them. Lying, in this case, is one of the unfortunate consequences of a manic state.

The lies told by people with Bipolar Disorder are a direct result of impulsivity and poor awareness of themselves and others. They tell lies that are sometimes even similar to the lying attempts of a child, but a person with Bipolar Disorder is confident that the lies will be accepted as truths to the listener.

One of the most difficult things a person with Bipolar Disorder must cope with once a manic episode has passed and they return to their typical of level of functioning, is their recollection of some of their behaviors during the episode, including the lies they have told to family, their spouse, and to loved ones. It is critical for spouses/family, as well as the affected person, to try to normalize the behavior. In other words, lying should be considered a consequence of mania and the person should not internalize or personalize any of their symptoms. Basically, it’s important to understand that you are not your symptoms. Instead the Bipolar person should continue on, in pursuit of the treatment methods that provide the best fit for their needs while remaining on their journey towards healing.