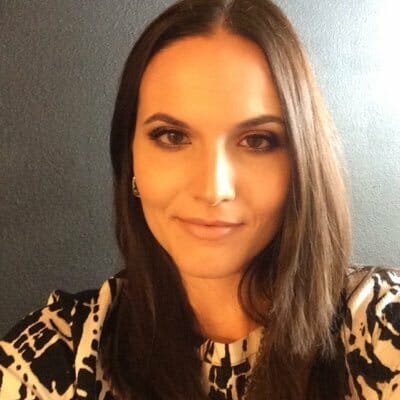 Occasional irritability and moodiness are common as the aging process progresses. This is usually due to the assorted aches and pains that are felt as the body grows older, as well as possible cognitive issues that can occur gradually among the elderly. However, if the behaviors or moods become extreme this could indicate the onset of bipolar disorder later in life.1Bipolar disorder symptoms typically manifest in teens and young adults, ages 15 to 24, but in some cases it can also appear in seniors.

Researchers are also discovering that bipolar disorder doesn’t “disappear” with advanced age. In fact, studies show that the symptoms often worsen over time though this might also be due to misdiagnoses.

Bipolar Disorder: How Common Is It in Seniors?

The exact number of seniors with bipolar disorder is unknown.

A recent study estimated that one in ten new cases of bipolar disorder occur in adults over 50, but many researchers believe that these numbers are too high.

The Veteran’s Administration (VA) and other organizations found the following data in their studies on how bipolar disorder affects the elderly.

An independent clinic study conducted outside of the VA noted that 41 percent of the participants ages 18 to 70 first noticed their bipolar disorder symptoms after they had turn 40 years old.

Researchers are not indicating that the disease is suddenly increasing in frequency, only that bipolar disorder in seniors might have always been more common than they thought only it was either undiagnosed or attributed to other disorders/conditions.

Studies also found that bipolar disorder occurs equally in men and women. When it appears in adults over 50, women are twice as likely to exhibit symptoms as men.

One of the reasons bipolar disorder is often misdiagnosed in seniors is because the symptoms are slightly different.

According to professor of clinical psychiatry at Columbia University, Michael First, M.D., seniors seldom exhibit the classic signs of a manic episode. Instead of feeling elated and displaying risky behaviors, seniors are more likely to show signs of agitation and irritability. This is often confused with the normal feelings of aging, leading to misdiagnosis.

Some of the other symptoms commonly noted in seniors with bipolar disorder include,

When bipolar disorder does appear in adults over 60, the symptoms can be sudden and severe. It often seems to cycle faster between depression and mania, and some seniors report experiencing both episodes at the same time.

Seniors with bipolar disorder frequently experience problems with cognitive function that often include,

Since these are also common signs of dementia and Alzheimer’s, the bipolar disorder is often misdiagnosed.

See here for a complete list of bipolar disorder symptoms.

Bipolar Disorder: How Is It Diagnosed in Seniors?

It is difficult for healthcare professionals to accurately diagnose bipolar disorder in adults. Many of the illnesses that affect seniors share the same symptoms as bipolar disorder.

Side effects from some medications can also mimic the symptoms associated with bipolar disorder, making it easy for misdiagnoses to occur.

Some of the illnesses and medications that can cause symptoms like those associated with bipolar disorder that healthcare workers should be aware of include,

Medications often prescribed to treat depression in seniors can cause symptoms that are similar to those exhibited by someone during a manic episode.

When it comes to diagnosing bipolar disorder in seniors, the first step is to visit a licensed healthcare provider. A complete medical exam should be performed to rule out any other conditions.

A complete list of any previous diagnosis for any illnesses, along with any medications prescribed should also be discussed with a healthcare professional. This will help eliminate any other causes for the depression, irritability or agitation that commonly marks bipolar disorder in seniors.

The next step is to find a mental health care professional, once all other possible causes have been eliminated.

A licensed psychiatrist will be able to help correctly diagnose the bipolar disorder, and work out a treatment plan that will help seniors better manage their symptoms.

Just because you’re diagnosed with bipolar disorder later in life, doesn’t mean that you don’t have treatment options!

Bipolar Disorder and Treatment for Seniors

It is important to remember that seniors need special considerations when it comes to treating bipolar disorder.

Many of the medications that work well for younger patients can cause problems for seniors that can be potentially serious. Bipolar disorder medications can react with others that older adults commonly take. Pre-existing conditions can also interfere for common treatments.

Medications also metabolize at different rates in seniors, and this can make finding the right dosage a long and frustrating experience.

This doesn’t mean that seniors shouldn’t be treated for their bipolar disorder.

Simple “talk” therapy is also having surprisingly successful results among seniors diagnosed with bipolar disorder. This is thought to be due to the added support seniors receive. This can be especially important if they have lost loved ones or live far away from family.

Research is ongoing concerning the advantages of using lithium and anti-seizure medications in treating bipolar disorder in seniors, along with which one has the risk of the fewest side effects. If you are interested in learning more about this research, your healthcare provider should be able to answer any of your questions or refer you to someone that can.

It’s not easy caring for a senior with bipolar disorder, especially if it is a loved one newly diagnosed. Support groups can be a lifeline, and many can provide additional help and guidance.

Your primary healthcare provider will also be able to provide you with local listings, and there is a wealth of information available online.

Being a caregiver for a senior with bipolar disorder can often seem like a fulltime job, and it is important to remember that you are not alone. The right support group will be able to help you give the best care, if you are responsible for an older adult with bipolar disorder.2

Bipolar Disorder in older adulthood will likely lead to or exacerbate many cognitive issues that can certainly be a significant source of stress for the older adult and the spouse, caretaker, and/or family members. It may even appear a lot like pseudodementia, which is depression in the elderly that may appear as, and is often mistaken for, actual dementia. Mental health problems in the elderly tend to “show up” as cognitive issues, particularly deficits in memory, judgment, social skills deficits (e.g., excessive talking), lack of social inhibition (e.g., doing or talking about things with either strangers or even loved ones that they normally would not do), and disorientation (e.g., getting lost easily, confusion, losing things).

Seniors exhibiting symptoms of mania, hypomania, and depression may be treated by their family physician or specialist as if they had the early signs of dementia when in reality, they would likely respond better to medications that specifically target the emotional symptoms. Treating mental health symptoms in older adults can even prevent the onset of real dementia or Alzheimer’s disease later on.