Bipolar life insurance problems are common but can be solved!

It is very typical for someone with bipolar disorder to feel a particularly urgent need for life insurance.

Sadly, it is also typical that they be declined or charged exorbitant rates.

Do not be too quick to cuss out the insurance companies. If you look at it from their point of view, it is easy to see why insuring people with bipolar disorder is problematic.

Hence the knee jerk reaction where they immediately decline. Or, almost as bad, the crude calculation leading to a sky high quote that most folks simply cannot afford to pay.

However, there is hope!

There is now an educated and skilled pool of insurance brokers and underwriters with a nuanced – even sophisticated – understanding of bipolar disorder.

If you have bipolar disorder and need life insurance you also need to know how to connect with these educated and understanding members of the insurance industry.

BUT DON’T JUMP THE GUN!

You ALSO NEED to know exactly what questions they will ask, what concerns you will need to allay, and what the real, bottom line criteria the insurance industry uses to grant or deny life insurance to people with bipolar disorder.

Bipolar disorder creates extra risk for an insurer, so be patient and persist until you find the right policy.

Outcomes differ greatly and depend on things like getting an accurate diagnosis sooner rather than later, and finding effective treatment through the right combination of medication and therapy.

Sometimes bipolar disorder is a train wreck. Sometimes we get lucky. For example, I have had no major episodes in the 6 years since I was diagnosed. My career and my marriage are both stable and
successful. In fact, despite having Bipolar I, I am happier and healthier than many “normal” people.

Why? An accurate diagnosis and effective treatment!

Demonstrating stability and compliance with an effective treatment plan makes it easier to convince an underwriter makes I deserve affordable life insurance.

To obtain bipolar life insurance you must:

1. Be receiving treatment including taking medication as directed.

2. Be prepared to release all medical records to the insurance company if they request it.

3. Find a knowledgeable insurance broker who will advocate for you with an insurance underwriter. 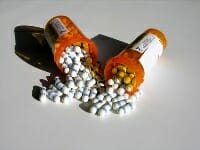 4. Be prepared to discuss personal details, for example writing a detailed statement describing “plus” factors such as a stable job, stable relationship and so forth.

5. If recently diagnosed you may need to wait until you can demonstrate a history of effective treatment and compliance.

What will make you ineligible? You are unlikely to obtain bipolar life insurance if:

1. You have a history of suicide attempts.

2. You have other mental health problems as well.

3. You have substance abuse issues.

4. You are on disability for bipolar disorder.

5. You have a history of hospital admissions, other than for your initial bipolar disorder diagnosis.

Buying life insurance when you have bipolar disorder

One reason insurance companies are reluctant to insure people with bipolar disorder is because of the possibility of suicide.

Also, bipolar or not, consumers should be aware that many if not most life insurance policies are void in the event of suicide.

In the not so distant past, it was almost impossible to obtain term life that was not automatically nullified by a suicide.

Today, things are a little more flexible, in part because of the amount of litigation that has occurred over this issue.

In general, if the person who is insured completes suicide during the 1st 2 years, their beneficiaries may receive a return of any premiums paid, but not the insurance payout itself.

However, once 2 years pass, the full benefit is paid. Of course this is ONLY IF SUICIDE IS NOT AN EXPLICIT EXCLUSION.

The 2 year rule is not automatic and you will need to shop around and pay more for a policy that does not exclude suicide.

I’m sorry – I know this seems macabre and may be a distressing topic for many readers. However, this is an important bipolar life insurance issue that cannot be ignored.

Usually a past suicide attempt or suicidal thoughts will prevent a person with bipolar disorder from obtaining life insurance. It is one of the most common bipolar life insurance disqualifiers.

If you are able to obtain life insurance that does not contain a suicide exclusion, my personal opinion is that you should take out this type of policy, despite any added expense.

Many studies indicate a 15% rate of suicide amongst individuals with bipolar disorder. This rate is about 30 times higher than than that of the general population. It is prudent for someone to seek out this coverage, just as it is prudent for the insurer to seek to avoid it. 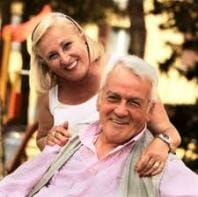 One quote from January 2012 was for 100,000 GBP (Brtish pounds) in term life for a 20 year premium. Keep in mind this was for a non-smoking 50 year old female with no drink or drug issues. The premium quoted by AllClear Life (UK life insurance) was 31.14 GPB per month.

AllClear say that without bipolar disorder, my quote would be 20.91 – about 33% less.

I fiddled around and plugged in the numbers from before I lost the weight (before “The Bipolar Diet” I was obese) and the quote went up to 36.33 GBP per month.

BUT – if I answer “YES” to having suicidal thoughts, substance abuse issues, co-morbid conditions, or to having experienced bipolar episodes prior to the episode that resulted in diagnosis, it is NO LONGER POSSIBLE to auto complete the policy. Bipolar disorder in itself is not a deal breaker but these other matters may be.