Interested in the discovery of bipolar disorder? You probably should be!

Anyone who is a person living with bipolar, or has a loved one who is, will form a much more thorough understanding of their condition – and potentially effective treatment – if they understand bipolar disorder and history.

For example, is “bipolar disorder” or “manic depressive illness” to be preferred as a term? Which is the most truly informative and descriptive?

Is bipolar best understood as: 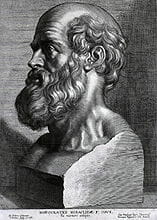 6. Some combination of the above?

The answer is best understood through learning about the discovery of bipolar disorder and studying bipolar history, for example through medical journals.

Is the recent re-conceptualization of bipolar as a spectrum disorder helpful? Accurate?

Or were we better off in “the old days”, when manic-depression was understood through Kraepelin’s unitary view of mood disorders?

Anyone asking “Am I bipolar?” or “What is wrong with me and what can I do about it?” will understand these question better if they explore the discovery of bipolar disorder.

Explore the historic link between bipolar disorder and creativity

Bipolar disorder and history is becoming an important field of study.

400 BC – Hippocrates links the black bile of melancholia with the yellow bile of mania. (This appears to be the earliest documented discovery of bipolar disorder.)

150 AD – Aretaeus of Cappadocia describes how some patients alternate fits of mania and melancholy, and suggests the mania is actually a variation of melancholia.

1583 – Chinese writer Gao Lian describes bipolar disorder in Eight Treatises on the Nurturing of Life, and argues the importance of avoiding stress.

1854 – Two French doctors present papers to the Academy of Medicine, one describing “dual-form insanity”, and the other “circular insanity”.

1899 – Emil Kraepelin introduces the term “manic-depressive” into psychiatric textbooks and modern understandings such as the role of family history, environmental stress, and the episodic nature of the illness take shape.

Anyone who is a person living with bipolar, or has a loved one who is, will form a much more thorough understanding of their condition – and potentially effective treatment – if they understand bipolar disorder and history.

1949 – Australian doctor John Cade discovers the efficacy of lithium as a treatment.

1952 – Manic depressive reaction makes its first appearance in the DSM, and is considered primarily as a reaction to psychosocial factors.

1968 – The DSM changes to the term manic-depressive illness and biological perspectives come to dominate.

1987 – The DSM introduces sub-types and sub-classifications.

1994 – The DSM includes Bipolar II as a diagnosis in its own right, and criteria and definitions for rapid cycling and mixed states appear. The contemporary diagnostic criteria and sub-types are defined.

2010 – New draft of DSM proposed. Current concept of childhood bipolar
disorder to be removed as a form of bipolar, and a new disorder category created: Temper Dysregulation Disorder with Dysphoria (TDD).

The discovery of bipolar

Resources on the discovery of bipolar disorder 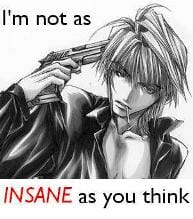 Bipolar disorder and history is becoming an important field of study.

There are several excellent resources available to those seeking to discover further information.

Not only are there a variety of histories available, they also offer different perspectives, according to the interests of the reader.

This contains a detailed section on the historical roots on pages 3 to 8, and is probably the most informative source available. It is also unique in combining rigorous science with the personal perspectives of the authors, one of whom has manic-depressive illness herself.

Two of the best online sources are:

1. History of Bipolar Disorder  – an orthodox and straightforward account from the excellent BP Magazine, and

2. Bipolar Disorder and History  – a more nuanced account from Wikipedia, highlighting how our study of bipolar disorder has rotated through  psychological, psychosocial, and biological perspectives.

Rewriting the discovery of bipolar disorder? 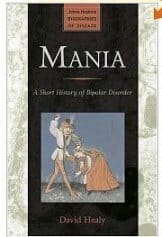 What sort of illness has not only a history, but a “biography” as well?

As Garan Holcombe, writing for the California Literary Review put it:

“When an illness becomes fashionable, something is very wrong. Bipolar disorder is now so well known that were it a celebrity it would have its own chat show.”

He was reviewing the controversial 2008 book by David Healy, Mania: A Short History of Bipolar Disorder (Johns Hopkins Biographies of Disease)

from the Johns Hopkins Biographies of Disease series.

Healy’s Mania argues that our conception of “manic-depression”, aka “bipolar disorder” has undergone radical shifts and redefinitions, rather than a natural evolution attributable to medical and scientific advances.

If you want an alternate history that critiques the core constructs of mental illness and the rise of psychotropic treatments and pharmacological marketing, then this may be the bipolar history you are looking for.