Geodon (ziprasidone) medicine is one of the atypical anti-psychotics originally developed to treat schizophrenia. 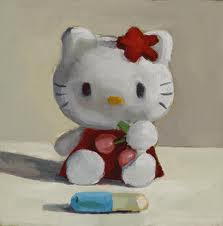 This is a serious psychiatric condition characterized by delusions, hallucinations, paranoia, and an inability to function appropriately in social or interpersonal relationships.

In the US, the FDA has approved Geodon for use in treating ACUTE bipolar mania and mixed states.

However, it has also been known to TRIGGER mania.

Other side effects include:

It is also known to promote insulin resistance and cause diabetes in some patients.

3 (metabolic syndrome in Geodon use)

Geodon is another so-called “bipolar med” that is NOT a mood stabilizer. It is ONLY useful for treating ACUTE episodes of bipolar mania.

It has been shown to be ineffective in treating bipolar major depression.

As Dr Jim Phelps says of Geodon and bipolar:

“It has no clear role; but hey, it causes less weight gain than Zyprexa, and really helps an occasional patient.”

In the US, the FDA has approved Geodon medication for treating:

1. Treatment of acute agitation in patients with schizophrenia

2. Monotherapy for the acute treatment of manic or mixed episodes associated with bipolar disorder

3. The maintenance treatment of bipolar disorder as an adjunct to lithium or valproate

Geodon was created by Pfizer, a major US big pharma company. It is also available in generic form as ziprasidone.

As with many bipolar medications, it is not yet known exactly how Geodon medication works – only that it interacts with the neurotransmitters most often implicated in mood disorder. That is, dopamine, serotonin, and norepinephrine.

Populations who MUST NOT use Geodon are elderly patients with dementia, and people with a history of heart conditions.

Also, for those who CAN tolerate the side effects, it is only effective as a SHORT TERM TREATMENT when manic.

Pfizer persists in trying to promote Geodon as a long term treatment, i.e. a maintenance treatment or mood stabilizer that someone with bipolar disorder can use over an extended period of time to prevent relapses and mood swings.

This is simply not true – Geodon ONLY WORKS as a longer term treatment if used with a proven maintenance mood stabilizer such as lithium.

“In September 2009, Pfizer pleaded guilty to illegally marketing Geodon as an effective treatment for a variety of conditions, including, but not limited to: depression, bipolar maintenance, mood disorder, anxiety, dementia, and obsessive compulsive disorder.”

It seems that Geodon is of limited utility in treating bipolar.

However in some people, it is helpful and as one of the few bipolar medications that does not cause extreme weight gain, it is often a popular choice – at least for trial use.

Keep in mind that it is never suggested by experts as a first line treatment, unless the patient is in the grip of acute mania; at which point an intramuscular injection is often used to control these symptoms.

Consumer Reports summarized Geodon for bipolar disorder like this:

“Ziprasidone can help reduce symptoms of mania, such as feeling upset, having racing thoughts, and not being able to sleep. One study found that half of people felt better with ziprasidone, as compared with one third of people who felt better when taking a pretend treatment (a placebo).”

One thing to consider is that many people are misdiagnosed as having bipolar disorder. It may be that Geodon is effective in treating whatever other condition misdiagnosed patients may have instead.

Even on the Pfizer website dedicated to promoting Geodon for treating bipolar disorder, there is only one single point made in the drug’s favor – that The American Psychiatric Association has stated that GEODON has a low risk of weight gain!

Despite being less associated with weight gain, there are other serious side effects to consider—such as uncontrollable facial movements.

To REALLY address weight gain, use THE BIPOLAR DIET

However, the main thing to understand about Geodon and bipolar disorder is that it does NOT provide any help with episodes of depression, and CANNOT be used for ongoing MAINTENANCE on its own.

Geodon (ziprasidone) is a benzisothiazol piperazine antipsychotic and its exact mechanism is not known.  However, it is known that Geodon has a high affinity for dopamine, serotonin, and adrenergic receptors. Geodon’s best use is in acute manic bipolar episodes and has no efficacy in the treatment of bipolar depression.

Geodon should not be used to treat dementia-related psychosis as there is a mortality risk for these patients associated with Geodon use.

Furthermore, patients who do take Geodon may experience the neurologic symptoms of drowsiness, extrapyramidal symptoms (uncontrollable facial movements), dizziness, headache, or akathisia (among others).