The FDA approval of Latuda for bipolar depression treatment is a big deal!

Why? Because until now, the only FDA approved bipolar depression medications were lithium and Seroquel (quetiapine), both of which are associated with significant complications.

So is Latuda any better?

Latuda (generic name lurasidone HCl) is a Japanese antipsychotic medication originally developed for treating schizophrenia. It has a milder side effect profile than Seroquel.

For example, although Latuda does cause sleepiness and weight gain for some people, these unwanted effects tend to be milder than with Seroquel.

There is no definitive answer as to whether or not Latuda is really a “better” bipolar depression medication. Latuda for bipolar treatment is very welcome simply because most people with bipolar disorder spend far more time struggling with depression than mania, yet effective bipolar depression treatments are so few.

Until Latuda burst on the scene in 2013, the only options were the mood stabilizers lithium, Depakote, Lamictal, and the antipsychotic, Seroquel.

Tragically, many people were (and still are!!) treated with antidepressants such as SSRI style meds like Prozac and Zoloft. The SSRIs are NOT effective for bipolar depression and can trigger mania, making someone with bipolar even sicker.

With bipolar depression being such a horrible, debilitating disease – not to mention potentially deadly due to the risk of suicide – ANY new treatment is good news indeed. However, remember that like all the atypical antipsychotics, Latuda was developed for treating schizophrenia.

Using Latuda for bipolar can range from inappropriate to downright overkill as even full blown mania may not involve any kind of psychotic symptoms such as the hallucinations and delusions of schizophrenia.

Bipolar medications almost without exception cause weight gain. Any drug that effectively treats bipolar disorder WITHOUT causing weight gain is going to create a lot of excitement. The notion that Latuda is weight neutral was a big factor in Latuda’s successful debut. 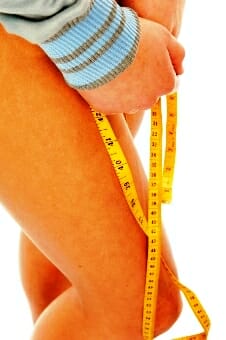 But do the claims about Latuda and weight gain hold up?

Latuda has NOT been found to be weight neutral. The reality is that weight gain is clearly listed, even by the manufacturer, as a Latuda side effect.

On the other hand, the studies have shown that Latuda tends to lead to LESS weight gain that the other atypical antipsychotics.

To put this in perspective you need to understand two things:

This creates a terrible paradox where physical health is sacrificed for mental health. It is not, as some insensitive medical practitioners suggest, simply a case of choosing to be “fat but happy” or “fat but sane”. The weight gain too often leads to premature death and/or severely compromised quality of life.

However, using Latuda for bipolar is definitely associated with LESS weight gain. Most people in trials did not gain weight, and those that did gained only around 7% of body weight. So a woman weighing around 130 lbs may go up to around 140 lbs.

This is A LOT better than the 30, 40 or even 50 lb weight gain that can happen with Seroquel or Zyprexa!  This is likely one of the reasons why Latuda is one of the first line drugs for patients with acute bipolar I major depression (who are not taking anti-manic drugs).

Other Latuda side effects

In its clinical drug trials, 6% of people discontinued Latuda. In other words, one person in every 16-17 stopped taking the medication. At first glance, this sounds like a high number. It is easy to deduce these people quit Latuda because of unpleasant side effects. 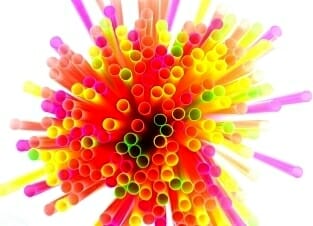 However, in these same trials, 5% of the people taking the placebo (a sugar pill participants thought might be Latuda but was really a completely inactive control) also quit. This means that only 1% more discontinued Latuda. This is actually a low rate.

Combined with the other drug trial results, researchers have been able to say with consistency and certainty that Latuda is a well tolerated drug with milder side effects than usual for an atypical antipsychotic. 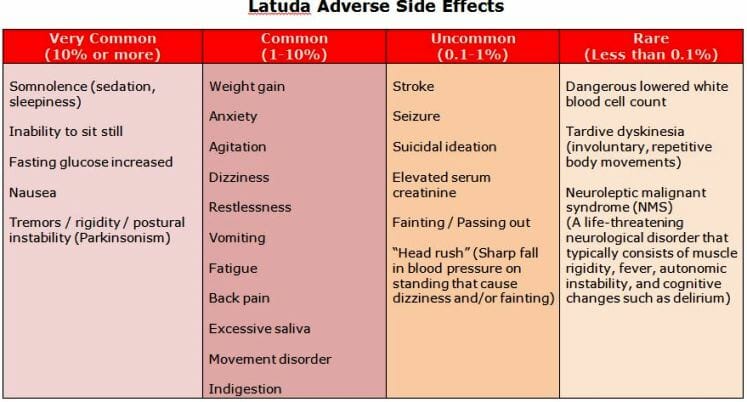 Switching from lithium to Latuda 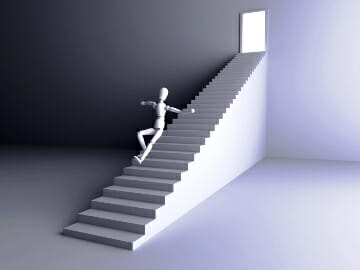 Remember, Latuda can be used on its own to treat bipolar depression as what is known as MONOtherapy, or it can be taken along with another medication such as lithium or Depakote as an add-on (adjunctive) therapy.

Because lithium use involves constant monitoring, has significant implications for pregnancy, and can be difficult to tolerate long term, switching from lithium to Latuda alone may be appealing to some patients.

Just keep in mind that the FDA has NOT approved Latuda as a treatment for bipolar mania or as a bipolar maintenance treatment.

Approving Latuda for bipolar depression and schizophrenia was as far as the FDA would go. Some countries such as the UK, Australia, and most of Europe have yet to give ANY approvals for Latuda.

In summary, switching from lithium to Latuda would be something that should only be carried out with a doctor’s approval and only under their close supervision.

It would be particularly important to monitor for mania and anyone with a history of serious manic episodes would probably only want to use Latuda as an add-on to a mood stabilizer, not as a substitute.

Should YOU try Latuda for bipolar?

My own personal perspective is that I would NOT switch to Latuda. My reasons for not wanting to even try Latuda are: 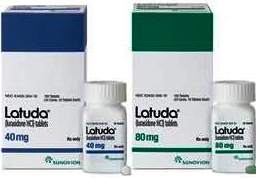 BUT EVERYONE IS DIFFERENT! For example, if you do not have anxiety problems or a high risk of heart disease, or if you have not yet found a good fit with another medication, your calculations will be very different from my own.

The point is that there is no definitive answer as to whether or not Latuda could be your best bet as a bipolar medication.

You can learn more about Latuda as a bipolar medication here.

Latuda (lurasidone) is a second generation or atypical antipsychotic that is FDA approved for bipolar I depression and schizophrenia.  It’s off-label uses include treating major depressive disorder with mixed features as well as psychosis/agitation associated with dementia.

The most robust data supports Latuda’s use in bipolar depression.  There was a well done study showing its superiority over placebo in improving symptoms and functional impairment in bipolar I major depression.6

There was another randomized control trial that found Latuda to be efficacious in treating bipolar depression as an adjunctive drug to the anti-manic medications lithium or valproate.7