There are two great books about Patty Duke’s bipolar disorder.

Both books are written by this wonderful lady herself.

Although jam packed with facts and practical information about bipolar, diagnosis, causes, and treatment, Patty’s books read like thrillers.

The reason these books have remained such huge sellers, and that she is still in such demand as a speaker about bipolar disorder is that she has such a powerful and real story to tell.

But first, you may like to listen to this free 10 minute podcast from DBSA to hear Patty speak openly about her own experiences, and offer advice and hope to fellow bipolar people and their loved ones.

How do you explain a complicated medical condition to people and keep them entertained?

For Patty Duke bipolar disorder the answer has been to write and to act.

Patty’s first book in 1988 was Call Me Anna: The Autobiography of Patty Duke, which deals a lot with Anna’s personal bouts with bipolar disorder. It is very affordable and you can buy it new from Amazon for around $6 or 2nd hand for literally 1 cent!

Call me Anna was also made into a 1990 TV docu-drama, starring the fabulous Patty Duke!

Her 1992 book, A Brilliant Madness: Living With Manic-Depressive Illness, tells not only Anna’s own struggles with the illness, but co-author Gloria Hochman’s research about the disease in general. Places to go for help are also incorporated in this book. The structure is wonderful – each personal, true story chapter by Anna (Patty) is followed by medical reporter Gloria Hochman’s expert comments on the bipolar issues raised. It is the definitive source for all things related to Patty Duke bipolar disorder.

A Brilliant Madness is an excellent investment because it shares fascinating insights into Patty with a crash course on bipolar disorder. Again, this is a great investment and you can usually get it from Amazon from $3-$6.

Both books provide an unflinching account of Patty Duke bipolar disorder. We really get to see just how sick this incredible woman was before finally being diagnosed in 1982.

Patty’s depression put her in bed, hiding under for the covers, often for days or weeks at a time. Her mania manifested in:

– 3 failed marriages, including a 13 day day marriage to someone she barely knew

– out of character promiscuity

– throwing herself out of cars

– delusions such as hearing voices and believing in secret plots – and acting on these delusions!

This is only a sneak preview! It was a wild ride and either of the Patty Duke bipolar disorder autobiographies makes for un-put-downable reading!

Patty Duke’s father was an alcoholic, which is common in family members of people with manic depression.

Her mother, Frances, was diagnosed with having unipolar depression.

Reading her bipolar autobiography contains not just a great case study illustrating these connections – there is a detailed factual section that explains the latest research findings, the genetic links, and the whole nature versus nurture debate.

If you are someone still struggling with diagnosis, read this book – and take a good look at your family history! 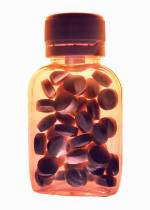 One of my favorite things about A Brilliant Madness is the candid discussion of lithium as a bipolar treatment.

Patty talks openly and in detail about her personal experience with side effects and adjusting her lithium dosage.

For Patty Duke, the little beige pills have been a wonder medicine – a treatment that works with little or no downside.

Patty expresses her frustration with people who won’t even try the medication – often because of rumors, hearsay and half-baked myths.

For Patty, lithium side effects  have all been “just something you adapt to”, and the benefits more than outweigh them.

I know side effects from some drugs can be hellish!

Personally, I tried a lot of different medications and quit several of them based on side effects.

But Patty Duke tells a true story – honest and unvarnished – where she sets out the pros and cons of medicating in language anyone can understand.

So many people desperately in need of treatment for their illness go on wrecking their lives when the little beige pills could change everything! For this reason alone A Brilliant Madness is a brilliant book and makes a huge contribution to our battles with bipolar.

Patty Duke NEVER minimizes the emotional chaos and destructiveness of her disease.

She makes it clear that she is grateful for the lithium and that she is committed to staying well. She does NOT romanticize manic depression! Nor does she fall into the trap of portraying ALL manic depressives as creative geniuses. On the other hand, Patty’s son Mack firmly believes Patty Duke’s bipolar disorder gave her the capacity to be an “extraordinary actress”.

Here are 3 fascinating quotes from Patty Duke on the creativity connection:

1. Since I was diagnosed and treated, I have never been more creative.

2. You can have manic-depression without having an ounce of creativity.

3. I do think there was a connection . . .the mania may have been at work in a positive way for me . . . the ability to feel intensely the highs and lows, to have the capacity to be at one with the human condition, is something I wouldn’t have traded for anything . . . I think that . . . chemical imbalance . . . gave me a certain amount of energy and insight . . . to do things that most . . . don’t.

Some creative people resist treatment such as lithium because they are
afraid medication will interfere with their creativity and talent. (I know – I was one of them!) All I can say is read some true bipolar autobiographies such as this one about Patty Duke bipolar disorder!

When you are dealing with a chemical imbalance in the brain, all the love in the world won’t fix it. (Patty Duke)

For anyone else whose illness has damaged their family and who therefore struggles with this same shame and regret, this is a very moving and encouraging aspect of the Patty Duke bipolar disorder story.

Today Patty Duke and bipolar disorder are almost synonyms. Of course she is still mainly recognized as a wonderful actor and is known to be an amazing human being.

Patty Duke is NOT her illness!

However, Patty Duke and bipolar disorder often go together in the public’s awareness. Her courageous, informative and gripping bipolar autobiographies, and tireless work as a mental heath advocate have raised social awareness so much it is hard to measure.

Instead of a conventional Internet fan-site, there is Patty Duke’s Online Center for Mental Wellness.

For many years she has had a close association with the National Institute of Mental Health (NIMH). And of course, she continues to act! Watch out for her recent movie The Four Children of Tander Welch.

This site is focused on Patty Duke bipolar disorder. For a biography and overview of her amazing career, please see Patty in Wikipedia or What you always wanted to know about Patty Duke – but were afraid to ask!