Topamax bipolar disorder treatment is controversial because there is a lack of evidence showing its effectiveness.

It is what is known as an “off label” bipolar treatment.

The FDA has not approved Topamax for the treatment of bipolar disorder.

It is recognized and approved as an effective treatment for epilepsy and for migraine headaches.

Topamax is an anticonvulsant drug.

This is not unusual. Some of the most important bipolar drug treatments such as Depakote are anticonvulsants.

Another well established anticonvulsant medication for bipolar disorder is Lamictal.

The generic form of the Topamax drug is known as topiramate.

The bottom line is that Topamax does not have compelling evidence of efficacy for bipolar disorder and can have nasty side effects but it remains popular because it can help prevent weight gain from the other bipolar medications that are usually prescribed along with it.

If it is not FDA approved, why has Topamax become popular as a bipolar disorder treatment?

One huge reason is that it tends to cause weight loss rather than weight gain.

3 (weight loss side effect of topiramate)

This leads some doctors to prescribe it as an add-on medication in order to combat the weight gaining effects of the patient’s primary or “real” bipolar medication.

Others prescribe Topamax as a bipolar disorder treatment in its own right, even though the evidence for its effectiveness is weak to non-existent (more on this in a moment).

It is not my intention to sound critical of the medical profession on this point.

Many people with bipolar disorder are so distressed by medication related weight gain that they pretty much DEMAND Topamax once they hear of its weight loss properties.

Also, it is used off-label for weight loss and the internet message boards are full of anecdotal evidence about Topamax for weight control.

This is a reckless strategy as it involves using a powerful drug for uses that are not FDA approved and risking serious side effects in the process.

Why am I telling you that Topamax bipolar disorder treatment is ineffective?

1. THE EVIDENCE! See, for example, Comparing Antiepileptics for Bipolar Disorder and this study highlighting Topamax is no use as monotherapy for bipolar.

2. Topamax is NOT FDA approved as a bipolar treatment and the manufacturers have been successfully sued for promoting its use as a bipolar medication.

4 (topiramate with little to no benefit for bipolar mania)

Topamax warnings and side effects

There are important precautions to consider with Topamax.

This is a medication that can interfere with contraceptive drugs so that a woman taking both Topamax and the pill may wind up with an unplanned pregnancy. This problem is compounded by the fact that Topamax can cause serious birth defects.

The bottom line? DO NOT choose this med if you are on the pill OR if you are trying to conceive a child.

There are other serious side effects to consider, in particular the danger of eye problems such as a form of glaucoma or even blindness.

According to the Mayo clinic, other side effects include: 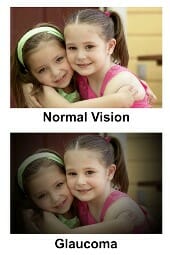 Side effects such as confusion, slow or confused thinking, and problems with words and other cognitive difficulties are amongst the most notorious of the Topamax side effects.

So much so in fact, that it is sometimes called “Dope-a-max”.

My experience with Topamax bipolar disorder treatment certainly turned me into an instant dope.

I tried it when my bipolar disorder was first diagnosed and quit within a few days because I had so much trouble with jumbling up my words.

Topamax is popular for treating bipolar disorder in large part because it helps weight loss.

It was so bad I could not function in the workplace, participate properly in postgraduate classes, or even communicate clearly at home.

Please note: This does NOT happen to everybody who utilizes Topamax bipolar disorder treatment!

It is no wonder that Topamax has shown little or no benefit in the treatment of bipolar mania as well as pediatric bipolar disorder.4,5