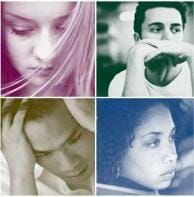 Remember – managing bipolar disorder is easier when you have accurate information about bipolar.

What the bipolar statistics show us is that bipolar disorder is more common than many realize.

BUT – figures on bipolar disorder vary from source to source:

NARSAD, the Mental Health Research Association state that:
“More than 2 million American adults or 1 percent of the population age 18 or older in any given year have bipolar disorder.”

A 2005 US community epidemiological study (the National Epidemiologic Survey on Alcohol and Related Conditions), estimated the lifetime risk of bipolar I and bipolar II as ranging from 3-10%.

And according to the latest bipolar statistics quoted by the Depression and Bipolar Support Alliance (DBSA):

“Bipolar disorder affects approximately 5.7 million adult Americans, or about 2.6% of the U.S. population age 18 and older every year.” (National Institute of Mental Health).

“It is estimated that 2 to 7% of people in the United States suffer from bipolar disorder. Almost 10 million people will develop the illness sometimes during their lives. About half of these will never receive the correct diagnosis or treatment.”

IN OTHER WORDS – You are not alone!

– In Australia there are around 238,957 people with bipolar disorder.

And for both India and China, each have somewhere between 12 – 15 million people who are bipolar!

Who gets bipolar disorder?

The median age of onset for bipolar disorder is 25 years (NIMH). However, bipolar disorder can begin in childhood and sometimes doesn’t manifest until a person is much older – in their 40’s and 50’s.

Bipolar is an equal opportunity disorder, affecting people of all races, ethnic groups and socio-economic backgrounds.

Also according to NIMH, it is an inherited disease. More than two-thirds of people with bipolar disorder have at least one close relative with the illness or with unipolar major depression.1

When both parents have bipolar disorder, the risk increases to 50-75%.

Is bipolar a women’s disease? 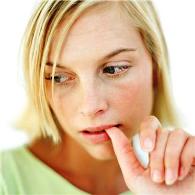 Despite the stereotypes, men and women are affected in equal numbers. However, research does show some differences in how the disorder develops:

Other DBSA bipolar disorder statistics from 2000 shows that people with the disorder suffer through as long as 10 years of coping with symptoms before getting diagnosed accurately.

Only 1 person in 4 receives an accurate diagnosis in less than 3 years! 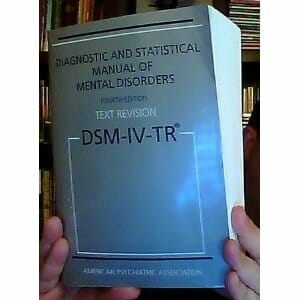 According to Dr Wes Burgess in his Bipolar Handbook: “A recent study showed that almost 70% of bipolar patients had been misdiagnosed more than 3 times before receiving their correct diagnosis”.

This high incidence of delayed diagnosis and misdiagnosis may explain why the bipolar disorder statistics around suicide are so appalling:

– the disorder results in 9.2 years reduction in expected life span

– up to 1 in 5 bipolar people completes suicide. (NIMH)

In the book Why am I still depressed? (McGraw-Hill 2006), Dr Jim Phelps states “the suicide rate in Bipolar II is as high as, and in some studies higher than, in Bipolar I”.

“30% of individuals with bipolar disorder will attempt suicide during their lives, and 20% will succeed . . . . Suicide is more common in bipolar depression than in unipolar major depression, panic disorder, or even schizophrenia. HOWEVER, THE SUICIDE RATE GOES DOWN DRAMATICALLY WITH ADEQUATE TREATMENT”.

Success rates for bipolar disorder treatment with lithium vary from highs of 70 to 85% to lows of 40 to 50%. (Surgeon General Report for Mental Health)

Nearly 9 out of 10 consumers with bipolar disorder are satisfied with their current bipolar medication(s), although side effects remain a problem. (DBSA, 1999)

Consumers with bipolar disorder who report high levels of satisfaction with their treatment and treatment provider have a much more positive outlook about their bipolar illness and their ability to cope with it. (DBSA, 1999)

In particular, bipolar statistics show that combining psychotherapy with medications such as lithium is especially effective:2

2. A 2001 study showed using Cognitive Behavioral Therapy (CBT) in combination with bipolar medication reduced participants’ depressive symptoms by 7.3% vs a 2.5% increase in the control group.

3. This study also found a 60% reduction in bipolar disorder relapse when CBT was used.

In February 2009, the medical journal Psychiatric Services published findings showing that bipolar disorder can DOUBLE your risk of early death from a range of medical conditions – including those that can be controlled through diet and exercise.

Did you know that:

1. 35% of people with bipolar disorder are obese? This is the highest percentage for any psychiatric illness.

2. People with bipolar disorder are 3 times more likely to develop diabetes than are members of the general population.

3.People with bipolar disorder are 1.5 – 2 times more likely to die from
conditions such as heart disease, diabetes and stroke.

It does NOT have to be this way! These particular bipolar disorder statistics can be radically improved.

There is a wealth of research proving that simple diet and lifestyle changes can improve both your mental AND physical health.3