Answers to the quiz appear below.

1. Can I take my own bipolar test? Are reliable bipolar self tests available?

2. Can bipolar disorder be cured?

3. What treatments are effective for bipolar?

5. Are SSRIs good antidepressant drugs for people with bipolar depression?

6. Who are some famous bipolar people?

7. Can people with bipolar disorder qualify for social security disability?

8. Is bipolar disorder a hereditary disease?

10. What is the relationship between bipolar disorder and manic-depressive illness?

11. How is bipolar disorder diagnosed?

Part of effectively treating bipolar is learning about it through tools like this Bipolar Disorder Quiz.

12. What other illnesses commonly occur along with bipolar disorder?

15. Can children have bipolar disorder?

16. Is it true there is a link between bipolar and creativity?

17. Is bipolar disorder purely a mental illness or can it affect physical health?

However, you will still need to take the results to a skilled clinician for accurate diagnosis and proper treatment.1

2. Bipolar disorder is a chronic condition. To date there is no known cure; however, it can be effectively treated. In fact, with the right treatment, bipolar disorder is one of the most manageable of all mental health conditions.

3. A combined approach of medication and talk therapy are effective bipolar treatments. Some people manage the condition with medication alone while those who have Bipolar Type II or “soft” bipolar may try to manage the disorder with therapy alone, but medication is advisable.

4. This is a very common misconception on the bipolar disorder quiz. What the research tells us is that people with mental illness do NOT commit more violent acts than the general population. In fact, a person with a mental illness such as Bipolar Disorder is twice as likely to be a VICTIM of violence. However, bipolar disorder can be a very destructive illness and untreated bipolar people may be very irritable or abusive, and may be prone to reckless acts such as infidelity, gambling, or spending sprees that cause a lot of damage to their families and loved ones. (This is the bipolar quiz question almost everyone gets wrong!)

5. Although there is some evidence that antidepressants are effective in the short-term treatment of bipolar depression, a large recent trial reported no benefit. Further, major studies such as STEP-BP found SSRIs can induce manic episodes. Instead of SSRIs, the evidence is that Lamictal, which is an anticonvulsant medication, or Seroquel, an antipsychotic medication, are preferred. Also, a recent survey of randomized evidence found no justification for using SSRIs as a long-term, ongoing treatment in addition to a mood stabilizer for maintenance treatment among people suffering from bipolar depression.

7. Bipolar people can qualify for social security disability, but it can be a complex process. 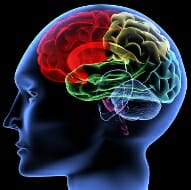 9. My guess is that this is one bipolar disorder quiz question that many readers will be confused about. It is a misconception that all bipolar people have frequent and dramatic mood swings. A small proportion of bipolar people are “rapid cyclers”, but overall bipolar people tend to get stuck in a mood (usually depression rather than mania) for longer than non-bipolar people. Also, bipolar is actually several different mood disorders and the moods may take many forms. Mania is not always extreme and is not always expressed as elation. Sometimes it can appear as irritation, for example.

11. Bipolar disorder cannot be detected through a blood test or x-ray. Instead, questionnaires are used to check an individual’s behavior for symptoms defined in the professional manual for mental health disorders, the “Diagnostic and Statistical Manual of Mental Disorders-5th Edition (DSM-5). (Our Bipolar Disorder Quiz tests your Bipolar IQ – not whether or not you have bipolar disorder.)

13. “Kindling” is the worsening over time of untreated bipolar disorder. Research suggests that if left untreated, bipolar disorder gets progressively worse, with rapid cycling and more severe episodes, compounded by the disorder becoming more resistant to treatment. The theory is that more and more brain cells become highly sensitized and prone to “ignite”, in the same way many small pieces of wood can ignite serious fires.

16. While it is true that there is a strong link between bipolar and creativity, the historic belief in such a connection has often been exaggerated and romanticized. See bipolar disorder and creativity.

If you want to dig deeper than the bipolar disorder quiz, check our Bipolar Facts page.

A striking question on the Bipolar Quiz is the increased risk of early death among people who have Bipolar Disorder. It is important to understand that this is not a causal relationship in that Bipolar Disorder, the illness itself, directly causes or increases the likelihood of chronic health conditions like Type II Diabetes, heart disease, and stroke. The increased risk here is due to a statistical relationship or association between Bipolar Disorder and these medical conditions. However, if we investigate a little further, we find that this relationship is not due to people with Bipolar Disorder having poor health because they are simply unlucky or their bodies are more fragile or more prone to illness compared to the “average” person. Instead, what happens here is that oftentimes, people with Bipolar Disorder will abandon their self-care. They may not attend doctor’s appointments or get regular check-ups as consistently as the average person in order to identify these illnesses early and take action before they turn deadly. For example, a medical check-up could reveal a heart arrhythmia or a blood clot that could potentially result in early death. The fact that people with Bipolar Disorder tend to abandon self-care more so than the average person could be due to forgetfulness or the fact that these individuals are so overwhelmed by a lifetime of manic and depressive episodes and coping with mental health struggles that their physical health simply just takes a back seat.

Chronic health conditions like Type II Diabetes, heart disease, and stroke are slow and silent killers. They certainly do not develop overnight and are a result of a combination of lifestyle choices, like diet, exercise habits, and managing chronic stress, as well as genetics; however, lifestyle choices are considered a significant trigger for these medical conditions. People with Bipolar Disorder may lead lives where they do not prioritize diet and fitness. It’s not easy to stick to a clean diet and go to the gym if your motivation is on the floor during depressive episodes or the disabling effects of mania make it close to impossible to focus on taking care of yourself. Diet and exercise alone can significantly prevent these three chronic diseases. In addition, coping with Bipolar Disorder certainly produces a high degree of chronic emotional stress, which could also act to trigger these physical illnesses since chronic stress is often considered a leading cause of premature death resulting from disease.

Adhering to your Wellness Plan can help to ensure that Bipolar Disorder doesn’t put you at greater risk of other chronic and life-threatening illnesses. Successful self-care is more about what you do most days and not necessarily every day. If your emotions are preventing you from self-care, take the time off that you need, but then get right back on track. Staying consistent in those activities you do for your wellbeing will ultimately decrease your overall stress and make your Bipolar Disorder a manageable condition.