The jury is still out as to exactly how many types of bipolar disorder there actually are.

Bipolar disorder is sometimes conceptualized as a spectrum of disorders, where severity occurs along a continuum.

The DSM-5, the bible of psychiatry, lists three specific bipolar types and any types not fitting the diagnostic criteria for one of these three specific types gets categorized as:

Despite the authority of the DSM-5 for many US psychiatrists, it is very important for you to understand that there is no clear consensus as to how many types of bipolar disorder exist.

The classification of bipolar disorder types is a controversial area with the spectrum theory coming under both increasing attack and consideration.

Bipolar Type 1 is characterized by at least one manic or mixed episode.

The mania in Bipolar 1 is serious and can even involve bipolar psychosis.

It can also include episodes of major depression or hypomania.

Substance-induced episodes due to the effects of medications, drugs or exposure to toxins or episodes caused by a medical condition must be ruled out before a patient can be diagnosed as having bipolar I disorder.

Additionally, other mental health disorders must be excluded, as well.

Usually in Bipolar Type 2 the depressive episodes are more intense and more frequent than the hypomania, making those with Bipolar II still a suicide risk.

Hypomanic behavior in individuals is often seen as high-functioning when it is contrasted with the behaviors exhibited during major depressive episodes.

Often, only physicians and psychiatrists specializing in mood disorders would recognize the high confidence, ambition and unrealistic goals as a symptom of hypomania.

During these episodes, you may experience racing, disorganized thoughts, anxiety, irritability, insomnia or a combination of all of these symptoms.

Sometimes these negative, agitated symptoms make it difficult to tell the difference between depression and a bipolar II hypomanic episode.

The DBSA (Depression and Bipolar Support Alliance) have combined a self-check for Bipolar Type 2 in this neat summary of the bipolar disorder types.

This is a serious mental and mood disorder that causes depressive and hypomanic but not full hypomanic or depressive episodes.

Medically it is defined as recurrent cycles of both of these types of symptoms .

Some people with this type of bipolar disorder are fully functioning and in some cases, hyper-productive.

Because people with cyclothymia and hypomania can be so high-functioning, creative and out-going, the condition often goes undiagnosed.

It is only during extreme depressive episodes that some individuals seek help at all. Others just live with the disease and chalk it up to being moody.

A good way to understand why we currently categorize bipolar types in a particular way is to discover the history of bipolar disorder.

Other Specified Bipolar and Related Disorder 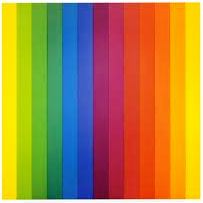 If you do not fit into any one of these categories, you may be diagnosed as Other Specified Bipolar and Related Disorder (previously known as Bipolar Disorder Not Otherwise Specified [NOS]) .

Estimates place two and a half percent of the population in this category, more than I and II combined.

Bipolar I and II have specific conditions that must be met for the diagnosis. For example, one specifier states there must be a full remission between two episodes before an individual is diagnosed as one of the three bipolar disorders.1

If you do not meet all of the specifiers of one of the types of bipolar disorder, you will probably be diagnosed as Other Specified Bipolar and Related Disorder.

Part of the bipolar spectrum disorder theory is to allow for a broad range of patients to fall into a category known as soft bipolar.

Some experts such as Dr Jim Phelps also consider the types of bipolar disorder to include Bipolar Type 3 – when an antidepressant causes the patient to switch into mania or hypomania.

Finally, see Bipolar Spectrum Disorder: A Problematic Concept to understand why some experts want to more strictly define and limit the types of bipolar disorder, and fear a loose adoption of the spectrum theory leads to over-diagnosis.2

When a person does not fall into one of the ‘three types’ of Bipolar Disorder (i.e., Bipolar I Disorder, Bipolar II Disorder, Cyclothymic Disorder), clinicians will often diagnose Other Specified Bipolar and Related Disorder or Unspecified Bipolar and Related Disorder. Clinicians are often very cautious in the process of giving a definitive diagnosis of a specific Bipolar Disorder ‘type’ because the disorder is serious, lifelong, and has many serious implications. This is not to say that Major Depressive Disorder is not a serious and lifelong disorder, but a diagnosis of depression is often given with greater ease. When it comes to Bipolar Disorder, a lot more caution is used.

In understanding the “other” and “unspecified” versions of Bipolar Disorder, the primary differentiation is that in Other Specified Bipolar and Related Disorder, there are a series of four “reasons” that the clinician can select to explain why the person’s presentation does not meet criteria for a specific Bipolar Disorder (i.e., I, II, or Cyclothymic). A clinician would choose Unspecified Bipolar and Related Disorder in circumstances where he/she does not wish to specify the reason the person does not meet criteria for a specific type of Bipolar Disorder. This diagnosis is often given in emergency room settings. As you can see, there is some room for clinical judgment here. In addition, the “other” option for a Bipolar Disorder diagnosis allows for individual differences in the presentation of symptoms, which shows some signs of the acceptance of a spectrum approach for conceptualizing the disorder.