HOWEVER, there ARE many powerful natural treatments with good evidence to support their use. These natural alternatives are valuable add-ons to medication and should be part of your bipolar treatment plan with the counsel of a psychiatrist.

Diet is the foundation of physical health. It may also play a much larger role in mental health than we ever realized. The Bipolar Diet helps to both balance moods and fight medication related weight gain.

Other lifestyle factors are also critical in effectively managing bipolar.

Two of the top tips from the Mayo Clinic are:

Substance abuse and bipolar disorder frequently go hand in hand. However, this kind of self-medication only worsens episodes of both bipolar mania and bipolar depression, and leads to a much worse long-term prognosis.

Unhealthy relationships are a huge negative that can trigger more mood episodes, increase the risk of self-destructive behavior and adverse consequences, and contribute to the attitudinal problems that undermine stability and wellness.

Of course quitting alcohol, recreational drugs, and toxic people are difficult tasks but if you want to treat your bipolar disorder naturally, you will need to develop the discipline to drop certain bad habits and cultivate certain positive habits.

5 (exercise in bipolar) Exercise has been shown in clinical research to potentially obtain the same benefits in combating bipolar depression as popular antidepressant medications like Zoloft.

NEVER underestimate the value of strength, resilience, and all-around “wellness” that derives from proper exercise. A “strong body” is more resistant to depression, mania, and the stress that often triggers depression or mania.

Another foundation of physical health that also has profound mental health consequences is SLEEP. YOU MUST maintain good sleep habits and come to terms with the bipolar sleep connection.

Although the lifestyle modifications described above can be very effective in controlling your condition and maximizing your health and happiness, NO natural treatments for bipolar disorder should ever be considered as a substitute for traditional psychiatric care, including medication.

In other words, if you really have bipolar disorder, discontinuing medication and counseling is NEVER recommended.

What IS recommended is that these natural treatments for bipolar disorder are integrated into an overall wellness program.

Natural treatments for bipolar disorder include natural antidepressants that are proven to be effective in fighting bipolar symptoms.

What are the most effective natural antidepressants for symptoms of bipolar depression? 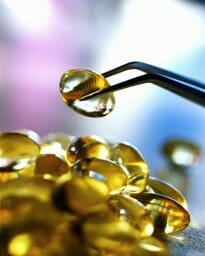 8. The amino acids taurine and tyrosine.

The most used supplements by bipolar patients are: fish oil, B vitamins, melatonin, and multivitamins.

These dietary supplements can have a significant impact on mood and brain function, and protect people with bipolar disorder from early death due to heart attack, stroke and diabetes. (Bipolar disorder is tied to dramatically elevated risk of early death from these diseases.)

Omega 3 Fatty Acids, for example, have great potential as mood stabilizers and natural antidepressants. These fatty acids are found in food sources such as cold water fish. Extracted forms of Omega 3 Fatty acid are available in capsule supplements.

Regardless of how the Omega 3 Fatty Acids are ingested, they have the potential to reduce anxiety and depression.

Overall, it is important to eat a proper diet when seeking to keep bipolar disorder in check. And this does not mean an exotic diet plan is needed. Simple dietary changes such as increasing protein intake can have a tremendously positive impact since protein will increase the production of norepinephrine and dopamine. These are neurotransmitters that reduce negative bipolar disorder symptoms.

Similarly, a diet of leafy green vegetables can also be quite helpful since they contain folic acid. Folic acid has been shown to help reduce both mania and depression.

Such poor diet choices are notorious for their ability to depress mood. Refined sugar is known to boost mania and then set the stage for a mood crash. Needless to say, this would not be helpful to anyone wishing to reduce the negative traits of bipolar disorder.

CAUTION: No matter what you may have heard, it is likely that you SHOULD NOT use St. John’s Wort or SAMe. Although these may be effective for people with “ordinary” or unipolar depression, there is some evidence that they can be dangerous for folks with bipolar disorder as they are known to trigger mania.

For a while TMS (Transcranial Magnetic Stimulation) has seemed like it could be the next big thing.

The problem is that so far the studies are inconclusive. Some research has shown positive benefits but others have not.

The Mayo Clinic summarizes the existing scientific evidence like this: 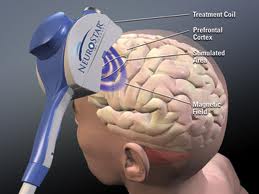 However, in 2008 the FDA did “ok” one TMS device, the NeuroStar TMS brain-stimulating device. This was a clearance, as opposed to a formal approval.

According to the FDA:

“Because the NeuroStar device is not implanted and carries only “moderate” risk, the FDA needed to only “clear” the device and not formally “approve” it.”

The approval was a very hard one and followed an initial rejection by the FDA. The FDA’s reluctance stemmed from their perception that clinical trials have not conclusively proven the efficacy of TMS treatment.

The FDA did recognize studies showing that TMS-treated individuals were twice as likely as those who received a sham treatment to show clinical benefit. However, some of the FDA reviewers expressed concerns that TMS for depression benefits appeared “small,” “borderline,” “marginal,” and “of questionable clinical significance.”

In terms of natural treatments for bipolar disorder, TMS for depression may be worth investigating, but it is not without side effects (and is unsafe for folks with epilepsy or seizure disorders), and does not always deliver measurable results.

Also, it is most likely to NOT work in some of the circumstances where folks may need it most – those who have experienced psychotic breaks and seek to be less heavily medicated, and those who have suffered extended depression (over 4 years in duration) and show a pattern of treatment resistance.

On the up side, it is offered by the Mayo Clinic and some other highly reputable treatment centers.

In terms of natural treatments for bipolar disorder, it seems that depression is more easily treated than mania, with many more natural antidepressants than natural anti-manic agents being available.

The full spectrum of bipolar symptoms are challenging to treat and it is arguable that some traditional treatments, such as lithium (a natural mineral salt) are both “natural” and effective, despite side effects.

3 Sometimes I am asked about my personal favorite natural treatments for bipolar disorder.

My own experience is that there are some powerful tools that offer extraordinary power for the self management of bipolar symptoms. These are all clinically proven, practical, hands-on and completely natural.

Best of all, they are all about self determination! They allow the person with bipolar to manage their own care instead of being a drugged out “zombie”, “child” or “victim”. For example, Mood Charts, Treatment Contracts and Wellness Plans.

We know bipolar disorder requires medication and talk therapy for effective management, but this is not the whole story.

Many “natural”, “lifestyle”, or “alternative” treatments provide significant benefit, and should be included in any regime seeking to effectively manage bipolar symptoms and control mood swings.

The use of “natural” treatments in bipolar disorder is a particularly interesting topic for both patients and providers – being able to augment treatment with a naturally beneficial substance or behavior is a very attractive idea.  However, the word “augment” is key here, as dietary supplements and behavioral practices never should replace a bipolar treatment regimen and should only be used in conjunction, under the guidance of a psychiatric specialist,  with medical/therapy tailored to the specific case at hand.

Healthy lifestyle choices such as a clean diet and regular exercise have shown great results in patients with bipolar and should absolutely be incorporated into a patient’s self-maintenance routine.