HomeWhat is bipolar?Bipolar Disorder and Creativity

The belief that Bipolar Disorder and creativity are closely linked is widespread and of long standing – the whole “madness and genius” tradition. 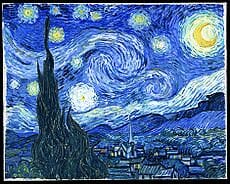 While it is true that such a link exists, for example in poetry, art, music, and creative writing, this historic belief in such a connection is often exaggerated and romanticized.

As well as being a belief long rooted in popular culture, the “madness and genius” association has been expertly researched, using both qualitative and quantitative methods.1

We will look at this research on Bipolar Disorder and creativity in order to to dispel the myths, and gain a realistic picture of this complex, subtle, and provocative link.

I suspect that many other people who, like me, are living with Bipolar Disorder, have a secret (or not so secret) ego investment in the concept that our mental health issues are accompanied by brilliant artistic and intellectual gifts.

Bipolar disorder and creativity is a hot topic right now.

There are 3 things that seem to be driving this:

It is NOT TRUE that medication “destroys” bipolar creativity. Usually, treatment will enhance both creativity and productivity.

1. The flood of celebrities, both alive and dead, who are being labeled (rightly or wrongly) “bipolar”, or who are coming out about their condition, is having the effect of making bipolar disorder strangely fashionable and transforming it from a stigma to a status symbol.

3. Not only are there new and on-going studies, but the research that has been done to date has now been organized and interpreted so that lay people can understand it and get a good understanding of this complex issue in accessible, useful ways. 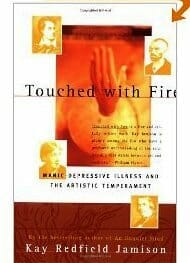 Some excellent resources include:

– As always, Goodwin’s and Jamison’s authoritative textbook, “Manic-depressive Illness: Bipolar Disorders and Recurrent Depression” offers a definitive guide in their Chapter 12 on Creativity and bipolar disorder, on pages 379-407.

– A more detailed but accessible, plain language version of this is offered by Kay Redfield Jamison in Touched with Fire: manic-depressive illness and the artistic temperament.

– A nice, quick, reliable overview is provided by the wonderful BP Magazine in their article, Bipolar and creativity – is there a link?

2. Most individuals with bipolar disorder are not unusually creative.

3. Most people who are recognized as creative do not suffer from mood disorders or other mental health challenges.

It is not known why the link between bipolar and creativity exists. However, some experts speculate that it may stem from the experience of being bipolar – that the intensity of feeling that accompanies episodes of mania and depression leads to the heightened awareness that allows for great creative expression.

Lastly, let us slay one very destructive, even deadly, myth. IT IS NOT TRUE that medication turns free spirits into zombies and robs otherwise great creators of their gifts for poetry, art, and creative writing.

In fact, the research shows just the opposite – that treatment almost always results in longer periods of sustained productivity.

The right medication will usually IMPROVE your bipolar and creativity connection!

If your medications hinder your creative ability it may be a good idea to discuss alternatives with your psychiatrist as the evidence indicates that the great majority of people with bipolar disorder are helped – not hindered – by getting treatment. 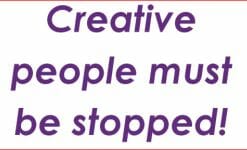 Great thinkers from ancient Greece and Rome, including Aristotle, Plato and Socrates wrote about the relationship between creativity and madness.

However, during the Age of Reason, also known as the Enlightenment, in the 17th and 18th centuries, great weight was placed on rationality. Unlike the romantic and elevated view of madness shown in depictions of madness in the Middle Ages, for example, <i>Don Quixote</i>, this new cult of reason saw the rise of asylums for the insane, and the notion that “madness” was not a road to higher states, but to social exclusion and an inability to participate meaningfully in the culture of the day.

This didn’t last. The Romanticism of the late 1800’s was a time of vivid and emotional – almost wild – self expression in art, music and literature. Great figures from this time include Lord Byron, Percy Bysshe Shelley, Edgar Allan Poe, Schumann, and Beethoven, all of whom are now suspected of having bipolar disorder. “Madness and genius” was back in style.

In the 19th and 20th century these notions were moderated, but the idea of a link between bipolar and creativity persisted in more modern and scientifically inclined commentators such as William James.

Today, with so many celebrities, especially in the performing arts, coming out as having bipolar disorder, the bipolar disorder and creativity link is at the forefront of popular culture.2

Some theories have explained that the Bipolar Disorder-creativity connection is related to the fact that people with mental health problems, such as depression and Bipolar Disorder, tend to be right-brain dominant. Right-brain dominant people are not only more prone to mental health issues, but they are also more creative and artistic. This is likely one of the reasons why people with the disorder are considered to be talented in artistic pursuits such as writing, painting/drawing, and music. The research supporting this theory is mixed, as some studies have indicated a connection between right brain dominance, creativity, and a greater likelihood of the person having mental health problems while other research has reported inconclusive findings on this relationship.

In my experience, I can say that I have noticed the Bipolar Disorder-creativity connection far too many times to dismiss it as coincidental. It is possible that as a mental health professional, seeing the great struggles and deficits present among this population, I am more observant of the strengths and talents of these individuals since these attributes are in such stark contrast to the low levels of functioning and episodic disability that the disorder causes.