What is bipolar psychosis?

Does this mean that everyone with bipolar disorder is psychotic?

“Psychosis” is a distorted or nonexistent connection with reality.

A person with psychosis cannot distinguish between the external, objective “real world”, and their own subjective perceptions which are distorted and characterized by delusions and/or hallucinations.

During psychosis in bipolar, for example in extreme mania, a person can experience a break with reality, where thinking is affected along with mood.

In bipolar psychosis this loss of contact with reality is usually a feature of the severe mania experienced in Bipolar Type 1. However, it can also be associated with bipolar depression but this is far less common.

In fact, psychotic symptoms can occur during manic, depressive, or mixed episodes in bipolar disorder. 4 (the morbidity of psychosis in bipolar)

Although the evidence is inconclusive, it seems that in general the presence of psychotic symptoms is correlated with a worse course of illness and poorer overall outcomes.1

However, there does NOT seem to be a link between the presence of bipolar psychosis and bipolar suicides.

A good overview is this fact sheet on bipolar psychotic symptoms from the Black Dog Bipolar Institute.

Not everyone with Bipolar 1 experiences psychosis. Also, the risk can be reduced with treatment and lifestyle choices.

The emergence of bipolar psychosis does NOT appear to be related to any demographic features.

That is, it occurs equally across all genders, races and age groups.

Research has also shown that patients who experience psychosis are not more aggressive or disruptive, but they do tend to be more grandiose and expansive.

They are also more energetic, likely to suffer more sleep disturbance, and to be more hypersexual.

There is a tendency for bipolar people who are experiencing bipolar depression to be misdiagnosed as simply depressed, especially if they are women.

There is a tendency for bipolar people who are experiencing bipolar mania to be misdiagnosed as schizophrenic, especially if they are men. 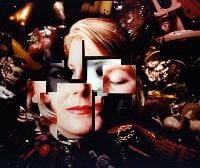 Schizophrenic delusions continue for much longer periods of time – for months, even years. In fact, they may be so persistent as to be a fixed (although false) belief.6 (schizophrenia involves chronic/recurrent psychosis)

In contrast, bipolar delusions have a more transitory, evanescent quality.  They are often episodic associated with an acute episode.

Also, schizophrenic delusions tend to be a more negative experience for the patient. They may believe they are being persecuted and involve feelings of isolation and alienation. This is a part of what makes schizophrenia so isolating and debilitating.

In bipolar disorder, the delusions often have a wish-fulfillment dimension. They are more optimistic and reflect “great expectations” – albeit ill-founded and unlikely.7 (grandiosity in bipolar delusions)

Rather than the paranoia, hostility, or isolation of schizophrenia, bipolar delusions are more likely to incorporate an extreme or even inappropriate degree of sharing, intimacy, or sense of connection.

Although delusions are not well understood by science yet, and appear to be complex mental events, their manifestation is pretty simple – false, illogical, or irrational beliefs.

These inflated beliefs about ability, or overall situation and prospects, can be very dangerous and may lead to reckless financial or sexual behavior.

The risky behavior, crazy business ventures, gambling, sexual promiscuity, and physical recklessness seen in Bipolar I mania stem from grandiose delusions and are a main reason for the destructiveness and downward spiral often evident in people with bipolar disorder.

Hallucinations involve hearing, seeing, feeling, smelling, or sensing things which are not really there.

Bipolar hallucinations tend to be brief, grandiose, often related to delusional beliefs, and often religious or mystical in nature. For example, “seeing the face of God”. 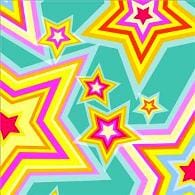 Often people also experience heightened sensory perceptions such as colors being brighter and more vivid or music being “sweeter” and more complex and meaningful.

Bipolar hallucinations are often an even more exaggerated form of this. In fact, some experts have described them as being psychedelic, and frequently are pleasurable or even ecstatic.

Again, they tend to often be religious in nature.

These pleasurable, brief, fleeting hallucinations are very different from the persistent and unpleasant or persecutory hallucinations of someone with schizophrenia.

Although someone with bipolar psychosis may not be experiencing their state as something negative, they are in a very dangerous situation that must be contained and controlled.

The hospital or a very calm and structured and confined environment is needed so that the manic episode can be brought to a close and any dangerous bipolar behavior minimized.3

Recurrent episodes are a major red flag and may require changes in medication and a high degree of professional intervention.

The most comprehensive source of information on bipolar psychosis is Goodwin and Jamison’s Manic-Depressive Illness: Bipolar Disorders and Recurrent Depression, 2nd Edition. (Please understand this is an academic text and is not for the casual reader.)

Bipolar patients can experience psychotic features in the form of delusions (fixed beliefs that are false) or hallucinations (perceptions of the senses that are false).  These features can be seen in manic, major depressive, and mixed bipolar episodes.4

Hallucinations are typically auditory in nature with the patient often hearing voices telling them to do something or commenting on their lives.  Delusions often involve an exaggerated sense of self-importance, but can be persecutory, sexual, political, and religious in nature.

A patient cannot be hypomanic and experiencing psychosis.6  If psychosis is involved there are bonafide elements of major depression or mania in their psychopathology.