What can we learn from the history of bipolar disorder? 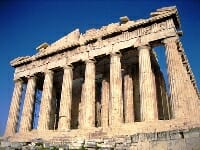 To start with, many people who are skeptical about the existence of bipolar are surprised to discover that the illness was first documented around two thousand years ago. That is right! Virtually the same symptoms use to diagnose Bipolar Type 1 today were recorded by physicians in ancient Greece.

History of Bipolar Disorder in Ancient Greece and Rome

Bipolar in the Middle Ages

In the middle ages, a Chinese scholar named Gao Lian wrote the astonishing Eight Treatises on the Nurturing of Life in 1583. This can sit comfortably alongside many modern self-help books with its wisdom on avoiding stress and other matters. Most remarkable though is the understand Gao Lian showed of bipolar disorder. This is notable because it refutes the myth that mental illness, and mood disorders in particular, have a distinctly Western character.

Like the texts of the early Greeks and Romans, it also shows a very consistent description of the disorder across a huge time span of time and culture. In other words, bipolar is not a celebrity fashion statement, a convenient manufactured excuse, or an especially indulgent neurosis.

This bp Magazine article does a great job of
concisely presenting how understandings of the disease have evolved, resulting in the modern classifications of the DSM. It is the best lay overview of bipolar’s conceptual history that I can suggest.

Understanding of manic-depressive illness was further refined in the 1850s.

In January, 1854, at an address to the French Imperial Academy of Medicine, Jules Baillarger, a French psychiatrist and neurologist,
described a condition which caused recurrent cycles of mania and depression. He named this disorder “dual-form insanity.”

Less than a month later, Jean-Pierre Falret, another French psychiatrist, described to the Academy a disorder he called “circular insanity.”

However, the “father” of much of our current understanding of bipolar disorder comes from the German psychiatrist Emil Kraepelin.

In the late 19th and early 20th centuries Kraepelin studied and categorized the natural manic and depressive cycles of bipolar patients.After noticing that an acute manic or depressive period was followed by a symptom-free period, he coined the term “manic-depressive psychosis.”

Apart from being such a successful exercise in “branding”, Kraeplin’s theory incorporated many notions that have been enduring:

1.Bipolar is a disease with a recognizable pattern of symptoms, even though any single symptom may be present in other psychiatric disorders.

2. It has some kind of biological basis, can be best understood through the prism of medical science, and is amenable to treatment.

3. It follows a pattern of recurrence and remission, and in this is one of the critical differences from more or less constant mental illness such as schizophrenia.

In the 1950s another German psychiatrist, Karl Leonhard, coined the term “bipolar” along with “unipolar” to distinguish between folks who have both mania and depression, versus depression only.

Today many experts argue for the existence of a bipolar spectrum disorder.

This is actually a spectrum of mood disorders with Bipolar 1 at one end and depression at the other. Thus, one can be only slightly bipolar and lie outside the definitions in the DSM but still suffer and need treatment. This kind of sub-clinical bipolar is sometimes known as soft bipolar. 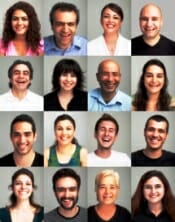 Of course, there is so much more to explore:

4. History of cultural understandings of bipolar

These are both cultural and social histories of the evolution from early conceptions of manic depression to today’s “bipolar”. These are wonderful books and provide a much fuller history of bipolar disorder than a single webpage can offer.